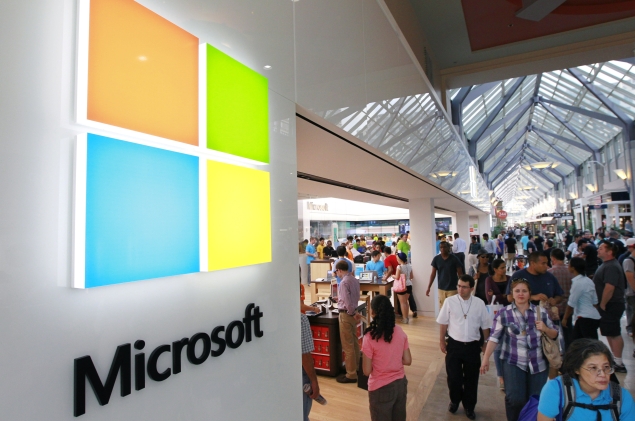 It looks like Microsoft wants to reach out to potential customers in India by setting up experience zones in big retail stores.

While the company is not holding back when it comes to running promotions at stores, in addition to mainstream media and below the line campaigns after the launch of Windows 8, it now plans to setup experience zones to promote its own software products. It's likely that it will promote hardware that runs Microsoft software made by its partners as Microsoft doesn't sell its own hardware products in India except for the Xbox 360 gaming console.

In an interview with The Mobile Indian, Chakrapani Gollapali, General Manager - Consumer Channels group, Microsoft India informed that the company was planning to open 'Windows Stores' in India in coming days which will essentially be experience zones setup within existing stores of multibrand retailers or malls to offer consumers an experience of its line up of hardware and software products. He also clarified that Microsoft doesn't plan to open standalone stores and though consumers will be able to buy products demonstrated at the experience zone. The company did not mention any timelines for the opening of these zones.

Earlier this month, Microsoft had announced that it was expanding its real-world retail push with mini-shops inside 600 US and Canadian stores operated by consumer electronics chain Best Buy. Each "store-within-a-store" will feature devices powered by Windows operating systems as well as the US technology titan's Xbox videogame consoles and packaged software offerings.

In India, Samsung which has a strong market presence in the country, has setup similar experience zones in electronic goods retail chains like Croma and Reliance Digital. You can also spot small Apple and Dell kiosks in these stores manned by assistants trained by these companies.

It would be interesting to see how Microsoft deploys these shop-in-shops at a time when consumers are increasingly moving to non-PC devices like tablets and smartphones. It's worth pointing out that Spice Global reportedly has plans to open Android Nation stores in India to showcase Android products in association with Google. Google refused to comment when we last checked with them, while Dr. BK Modi, Chairman of Spice Group, was travelling and could not be reached.
Comments