Microsoft Surface Pro With LTE Advanced to Be Available in December 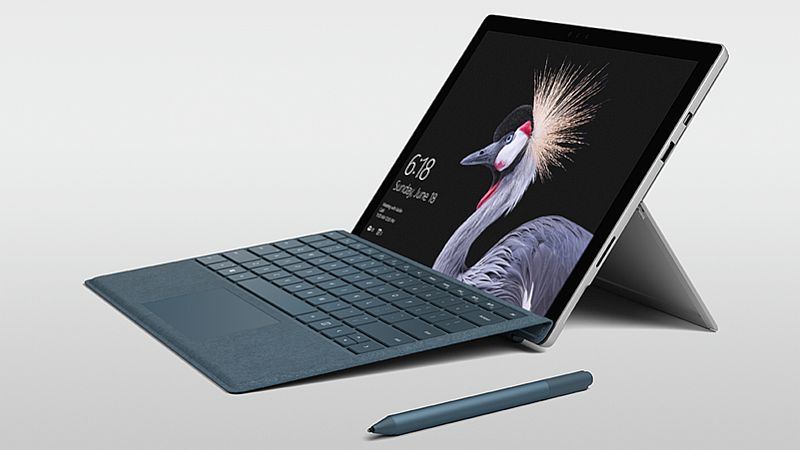 The new device will support LTE Cat. 9 download speeds and is being marketed as "fastest LTE-enabled laptop in its class." Microsoft says that the Surface Pro with LTE Advanced supports global connectivity with support of 20 cellular bands and claims the new LTE model has capability of up to 450Mbps download speed.

"The office is no longer restricted to a set of buildings - it's at home, in a cafe, a city across the globe, or on a plane. With so many changing locations your device becomes your office and many of our customers tell us that's what their Surface is to them - a mobile office," said Panos Panay, Corporate Vice President, Microsoft Devices in announcement blog post.

The company is also promoting the battery life on the all-new Surface Pro with LTE Advanced model. It expects up to 17 hours of video playback time. The Microsoft Surface Pro was launched back in May this year and was launched at a starting price of $799 (roughly Rs. 52,000). On the specifications front, the new LTE model is identical to the standard Surface Pro except few changes.

To quickly run through the specifications, the Surface Pro features a 12.3-inch PixelSense display with a 165-degree hinge. It runs on Windows 10 Pro and also includes a 30-day Office trial. The Surface Pro also supports next-generation Surface Pen which will be available alongside the device.