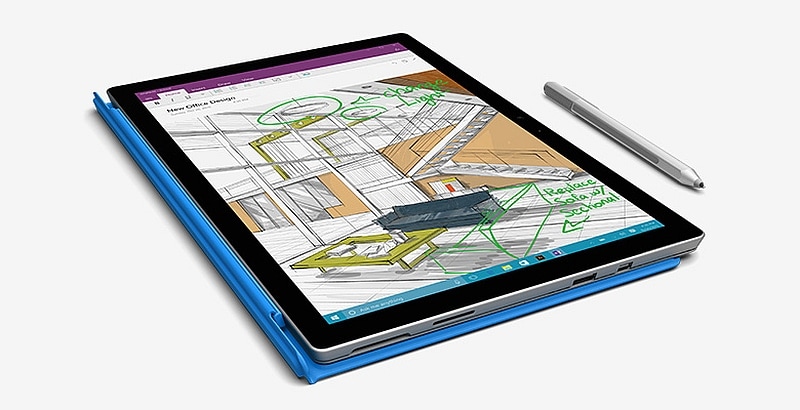 Microsoft is said to be working on a new version of its Surface Pro tablet that's set to arrive in the first quarter of 2017.

The new Surface Pro 5 2-in-1 will sport an UHD 4K display and magnetic charging stylus, with Pegatron Technology that will manufacture the device, DigiTimes reported on Friday citing a Chinese-language Economic Daily News report.

Microsoft launched the Surface Pro 4 (Review) back in October 2015. It sports 12.3-inch (2736x1824 pixel) PixelTouch display with a 3:2 aspect ratio. The display is protected by Corning Gorilla Glass 4 - which as the company noted is only 0.4mm thick. It was launched with a new Surface Pen that came with an eraser and could detect 1,024 points of pressure.

It features a full-size USB 3.0 port, a microSD card reader, a 3.5-mm headset jack, a Mini DisplayPort, a Type Cover port, and SurfaceConnect port. Microsoft claims the Surface Pro 4 will offer up to 9 hours of battery life. It bears an 8-megapixel rear camera, and a 5-megapixel front-facing camera.

The company is also reportedly planning a new Surface Pen to support the Surface Pro 5 that would use magnetic charging - a first for the company's Surface Pro line.