Microsoft Surface may be Wi-Fi only on launch: Report 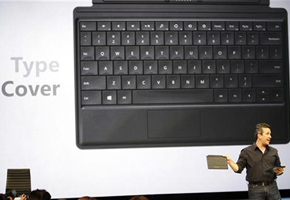 Microsoft has recently announced its plans to come out with a Windows 8 based tablet - Surface. However, company was shy on the availability, 3G connectivity or pricing details.

Now, Bloomberg is reporting that Surface tablet might debut with just a Wi-Fi only version and will perhaps get 3G later. Releasing a Wi-Fi only version makes sense for the company, as 3G version will require carrier partnerships and perhaps won't be contributing much to the sales.

Separately, a Digitimes report has got the tentative pricing information from its sources in the supply chain and it is not looking good for the Windows maker. The publication is quoting a $599 price for the RT version, which is a good $100 more than cheapest iPad. On the other hand, Pro version is likely to cost $799.

It is noteworthy, that other tablets such as Asus Transformer Prime, Amazon Kindle Fire, Barnes and Noble Nook tablet, BlackBerry PlayBook were launched as Wi-Fi only versions initially and later PlayBook got a 3G version too.

To remind you, Microsoft Surface sports a 10.6-inches display and an aspect ratio of 16:9. The most distinguishing feature of the Surface tablet is that it will come with a full keyboard. The company has not indicated by when it plans to launch the tablet in the market or what will be the pricing of the same.