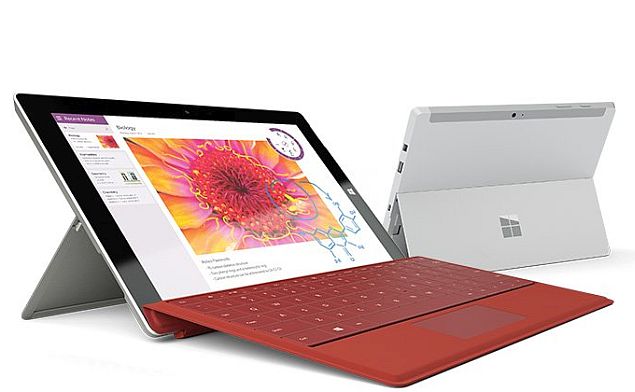 Microsoft's latest Surface tablet, the Surface 3, has gone on sale in select countries. Additionally, the company has also introduced a limited period trade-in scheme where Surface RT or Surface 2 owners can trade-in their working Surface tablet to get up to $150 towards a new Microsoft Surface 3.

To recall, the Microsoft Surface 3 was priced at $499 (approximately Rs. 31,750) for the 2GB RAM and 64GB inbuilt storage variant while the 4GB RAM and 128GB built-in storage variant was launched at $599 (approximately Rs. 38,000). The new Surface 3 tablet can be grabbed via Microsoft Stores, microsoftstore.com and select retailers in the available markets.

It's worth noting that the limited period trade-in scheme for the Surface 3 tablet is for select markets such as Canada, Puerto Rico, and the United States. The company has detailed the trade-in scheme where the company will first determine the value of the trade-in after which it will accept the old working Surface tablet. The company after checking the tablet will send an email with a promo code that can be used against the purchase of the new Surface 3 tablet.

For specifications, the Microsoft Surface features a 10.8-inch full-HD display and runs Windows 8.1 out-of-the-box. The company at the launch had promised that Windows 10 upgrade will be available to the tablet. Microsoft had also claimed that the new Surface 3 tablet was the thinnest and lightest Surface ever, weighing 622 grams and sporting a 8.7mm thickness.

As mentioned above, it will be available in two built-in storage models- the 64GB model featuring 2GB of RAM, and the 128GB model featuring 4GB of RAM. Other features on the tablet include a USB 3.0 port, a Mini DisplayPort and a microSD card reader. It comes with an optional dock with four USB ports, Ethernet jack, and a Mini DisplayPort. The Surface 3 includes a free one-year subscription to Office 365 Personal, including full versions of Word, Excel, PowerPoint, Outlook and OneNote as well as 1TB of OneDrive storage. It also supports the Surface Pen.