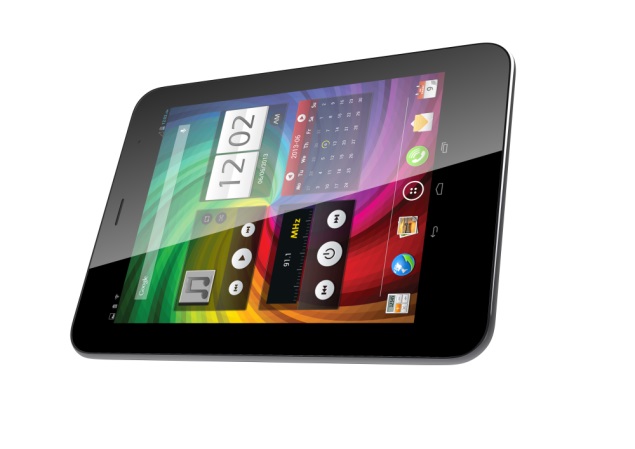 Micromax has introduced its first flagship tablet in the Canvas series, calling it the Canvas Tab P650. Until now the domestic maker has been launching tablets under its Funbook portfolio. The new Canvas Tab has been launched at Rs. 16,500, and will be available in stores on Wednesday.

The Micromax Canvas Tab P650 comes with 8-inch IPS display (resolution unspecified) and is powered by a 1.2 GHz quad core processor alongside 1GB of RAM. It comes with 16GB of inbuilt storage which is further expandable up to 32GB via microSD card. It runs Android 4.2.1 Jelly Bean and is upgradable via FOTA (firmware over the air). The tablet sports a 5-megapixel autofocus rear camera while there is also a 2-megapixel front-facing camera onboard.

The Canvas Tab P650 comes with SIM support and has voice-calling, however, the company has not detailed if the device supports single SIM or is dual-SIM. Its 4800mAh battery is rated to deliver up to five hours of browsing time. Connectivity options on the tablet include Wi-Fi, Bluetooth, GPS and 3G. The tablet comes with some features initially introduced on the company's flagship smartphone, the Canvas 4, such as Video Pinning, Pop-up Browser, Look away to Pause video. Pre-loaded apps on the Canvas Tab include Spuul, M! Security, Music Hub and Opera Mini.

The Micromax Canvas Tab will be available in two colours, Blue and White.

Commenting on the launch, Rahul Sharma, Micromax Co- Founder said, "With today's launch, we aim to extend the Canvas experience to our users on the tablet PC's, supported by an entire eco-system of applications. The Canvas Tab promises a seamless experience to the consumers. The Canvas Tab will strengthen our leadership in the tablet PC market complemented with a 360 degree go to market strategy to reach out to the consumers."

Earlier on Wednesday, Micromax's budget tablet, the Funbook P255 went up for pre-orders through online retailers at Rs. 4,499.