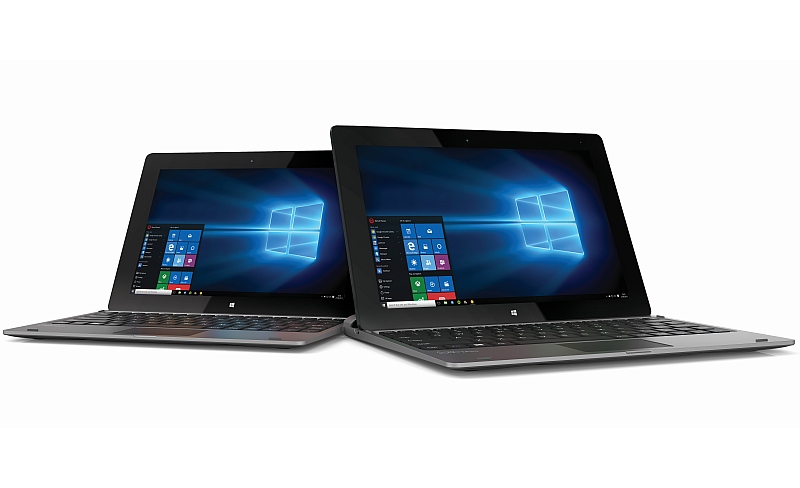 Micromax on Friday announced its first Windows 2-in-1 device, the Canvas Laptab, will now ship preloaded with Windows 10 - making the laptop-tablet hybrid the company's first Windows 10 device. The price remains the same as launch, at Rs. 14,999.

First launched back in April this year, the Micromax Canvas Laptab (Review) with Windows 10 features the exact same specifications as the Windows 8.1 model. Users should also note that with Windows 10 as a free upgrade for Windows 7 and Windows 8.1 users, current owners of the Canvas Laptab can already upgrade - a fact that Micromax had also noted at launch in April.

The single-SIM supporting Micromax Canvas Laptab features an 10.1-inch IPS display with a WXGA (1280x800 pixels) resolution. It is powered by a 1.33GHz quad-core Intel Atom Z3735F processor (up to 1.83GHz in Burst mode) coupled with 2GB of DDR3L RAM. It sports 32GB of inbuilt storage, which can be further expanded via a microSD card. The buyers would additionally receive 1TB of cloud storage on Microsoft's OneDrive service.

The Canvas Laptab equips a 2-megapixel rear and front-facing camera and a 7700mAh battery, which is rated to offer a usage time of 10 hours. It measures 210.8x124.2x9.95mm, weighs 1.1kgs and is available in Black colour variant only. Connectivity features of the device feature Wi-Fi, Bluetooth 4.0, USB and 3G. The Micromax Canvas Laptab offers one year of free subscription for Microsoft Office 365 Personal apps. It also houses dual speakers placed either sides on the rear panel.

Looking to Buy FIFA 16 for the PS3 or Xbox 360? Read This First
EA's Mass Effect Infiltrator and Dead Space Removed From App Store