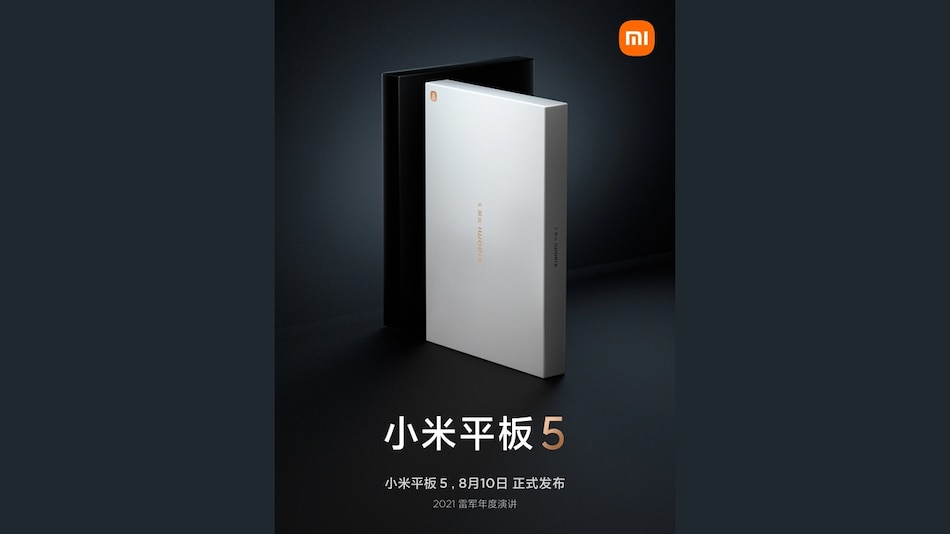 Mi Pad 5 series is nearing its launch scheduled for Tuesday, August 10 and Xiaomi has now teased its keyboard accessory and retail boxes — different for the vanilla Mi Pad 5 and the Mi Pad 5 Pro. Additionally, the Mi Pad 5 tablet has also been spotted on the benchmarking website Geekbench. The listing hints that the soon-to-be-launched Xiaomi tablet may be powered by a Snapdragon 870 SoC. The high-end tablet series from the Chinese tech giant is expected to have three models.

Xiaomi teased the keyboard cover for the Mi Pad 5 through a post on Weibo. The teaser image only shows part of the keyboard that appears to have a leather finish. The image also shows the rounded edges of the display of the Mi Pad 5. Not much else is known about the keypad accessory as of now.

The upcoming Xiaomi tablet has been spotted in multiple entries on the benchmarking website Geekbench. The listings suggest some of the key highlights of the Mi Pad 5 tablet. The tablet spotted with the model number M2105K81AC — associated with the Mi Pad 5 —  is listed with an octa-core 1.80GHz processor. The listing suggests that the Mi Pad 5 may be powered by the Snapdragon 870 SoC — as also indicated by a Chinese certification site — paired with an Adreno 650 GPU. The performance scores for the tablet range from 997 to 1,008 points for single-core and 3,181 to 3,334 points for multi-core tests.

The tablet series was earlier teased to support a stylus, said to be called Xiaomi Smart Pen. Xiaomi is expected to launch a total of three Mi Pad 5 models — the vanilla Mi Pad 5, the Mi Pad 5 Pro, and the Mi Pad 5 Lite. The Mi Pad 5 Lite has been tipped to come with a Snapdragon 860 SoC, a 10.95-inch 2K display with a 120Hz refresh rate, and a 12-megapixel main camera. The other two models may come with Snapdragon 870 SoCs. All three models are said to come with 2K high refresh rate displays. The Mi Pad 5 Pro will likely have 5G support as well.