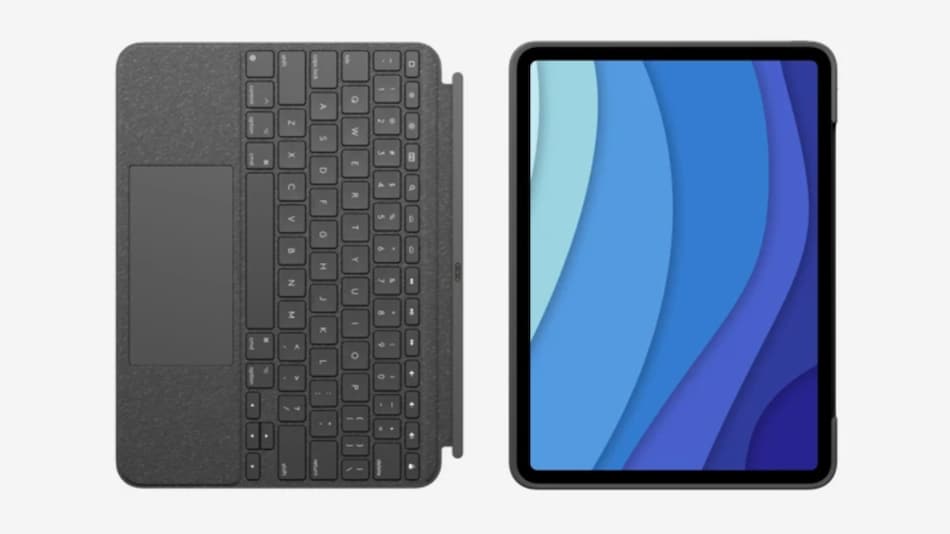 Logitech Combo Touch backlit keyboard case with trackpad has been launched for the new 11-inch and 12.9-inch iPad Pro models. The case comes with four modes that include Type Mode, View Mode, Sketch Mode, and Read Mode. The keyboard is detachable, and the iPad can be used with the adjustable kickstand for watching movies and shows. As per Logitech, the backlit keys automatically adjust to a user's environment with 16 levels of brightness, and the keyboard comes with a series of iPadOS shortcut keys.

The Logitech Combo Touch keyboard with Touchpad for new iPad Pro models are a low-cost alternative to Apple's Magic Keyboard. The keyboards for the 11-inch model and 12.5-inch model have similar functions. Apart from offering protection to front, back, and corners, the keyboard has a click-anywhere trackpad for more freedom and control. It also offers gestures like multi-touch, swipe, tap, pinch, as well as scroll. The Logitech keyboard has Smart Connector technology that does not require pairing.

Logitech Combo Touch comes with a pull-out kickstand with 50 degrees of tilt that helps users while typing, watching movies and/ or sketching. The backlight of the keys has 16 levels of brightness that automatically adjust according to the user's environment. The brightness levels can be adjusted manually as well. The keyboard also gets a full row of iPadOS shortcut keys, including volume and media controls.

Logitech claims that this is the largest trackpad the company has designed for a keyboard case, and it is its thinnest keyboard case with a trackpad yet. The keyboard has woven outer fabric. The cover also has an open side to charge Apple Pencil. Logitech Combo Touch keyboard comes with an auto on/ off feature.