The Logitech case is listed to be priced at $149.95, which is significantly lower than the Magic Keyboard priced starting from $299. 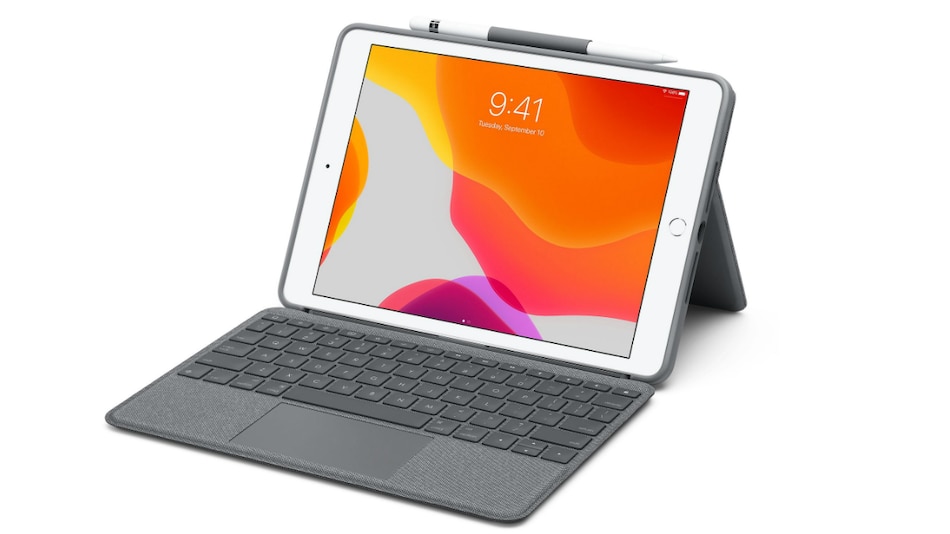 Logitech has announced a new Combo Touch Keyboard Case with Trackpad for iPad tablets, soon after the launch of Apple's iPad Pro Magic Keyboard case. This new Logitech iPad case is meant for the regular iPad and iPad Air models, and it comes with an integrated keyboard and a built-in trackpad. There's also a kickstand at the back that offers up to 50 degrees of tilting, and the integrated trackpad comes with multi-touch gesture support.

The Logitech iPad case has a full-size backlit keyboard for working in dark environments. This keyboard can be detached converting the case into just a wraparound protection with a kickstand. The keyboard also comes with a full row of iPadOS shortcut keys for one-tap access to the Home screen, Siri, Search, media controls, and more. The case also offers a special slot to hold the Apple Pencil (first gen) or the Logitech Crayon.

The case is powered via the iPad Smart connector, and it weighs about 650 grams. It is listed to be priced at $149.95 (roughly Rs. 11,200), which is significantly lower - in fact half the price - than the Magic Keyboard that is priced starting from $299 (roughly Rs. 22,500). The Verge reports that this Logitech case will start shipping in May. The Logitech iPad Touch Keyboard Case with Trackpad is compatible with all 7th generation iPad models.

The new Apple Magic Keyboard case, on the other hand, is meant only for the iPad Pro models and it also comes with an adjustable hinge and a trackpad. Additionally, there is a USB Type-C port on the case, a first in any iPad accessory. This case will also start shipping in May, and its price starts from $299 (roughly Rs. 22,500), and goes all the way up to $349 (roughly Rs. 26,200).