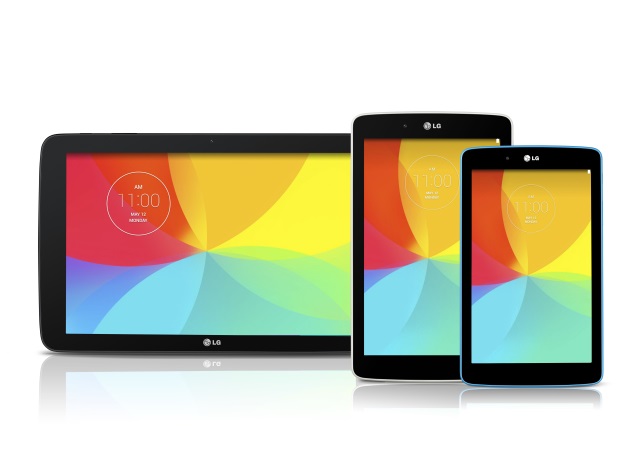 LG on Sunday announced that the Android 5.0 Lollipop update will be rolled out to G Pad 7.0, G Pad 8.0, G Pad 8.3 and G Pad 10.1 tablets, starting this month in Korea. The rollout is expected to finish by mid-April in the country. The company has not provided a time-frame for the global release of the updates however.

The Korean company didn't announce any changelog for the Android 5.0 Lollipop update, but said that the upgrade is bold with Google Material Design and with the new Android Runtime (ART), the overall speed has been increased as well.

Previously, the company had shipped Android 5.0 Lollipop to its flagship the LG G3 smartphone and the G Pad 8.3 Google Play Edition only.

Last week, the LG G Pad 8.0 was made available to buy in India at Rs. 17,999 via a third-party online retailer. Initially announced in May last year, the LG G Pad 8.0 was rolled out in the European region in August and was expected to follow to Central and South America, Asia and CIS regions gradually thereafter.

The LG G Pad 8.0 comes in two variants, a Wi-Fi only model and a LTE model. The one available in India via Snapdeal is the Wi-Fi only model. Both models are identical in terms of specifications apart from the 4G connectivity option.