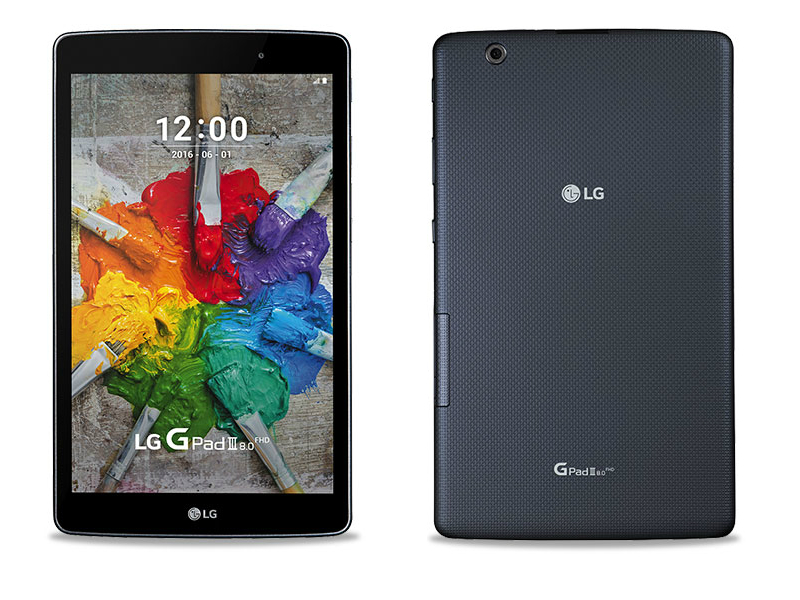 LG appears set to launch a new tablet in its G Pad lineup, the LG G Pad III 8.0 FHD. The tablet is currently available only in Canada for now, via the Rogers and Fido websites. LG has not yet made an official announcement about the tablet.

The LG G Pad III 8.0 FHD sports 5-megapixel cameras on the front and back, both capable of 1080p video recording. The tablet offers 16GB of inbuilt storage, with microSD slot support for expansion. It packs a 4800mAh battery, that the company can last up to 20 days of standby time. Connectivity options include LTE support, 2G/3G HSPA+, Bluetooth 4.2, GPS/A-GPS, Wi-Fi, full-sized traditional USB port, and a Micro-USB 2.0 port.

The tablet's dimensions at 210.7x124.1x7.9mm, and it weighs in at 309 grams. LG offers the variant only in Black, and has not revealed any details on availabilty in other markets.

In the meanwhile, the LG G5 is up for pre-booking on Flipkart for Rs. 52,990, and is set for launch on June 1 in India. The pre-bookings end on Monday, and those who pre-book, get the LG Cam Plus module bundled for free with the LG G5.

Mirror's Edge Catalyst, Lego Star Wars: The Force Awakens, and Other Games Releasing in June 2016
Apple Asks US Supreme Court to Rule Against Samsung Over Patents