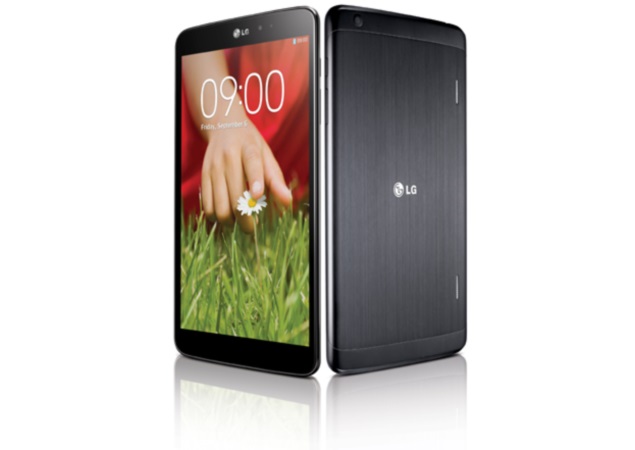 LG has finally pulled the curtains off its long-rumoured tablet, the LG G Pad 8.3. The South Korean major has announced the tablet and revealed its specifications but said that the device will be officially launched later this week at the IFA 2013 trade show in Berlin.

The tablet comes with features like Slide Aside, which enables multitasking by sliding currently running apps off to the side using a three-finger swipe, QSlide, which lets you control up to three different apps in one window with no interruption, and KnockON, which turns the device on and off by tapping the display twice. The LG G Pad 8.3 will come in two colour variants - Black and White - and will be rolled out globally in key markets starting in the fourth quarter of 2013. The company notes that the price of the G Pad tablet will be announced at the launch.

Commenting on the LG G Pad 8.3, Dr. Jong-seok Park, president and CEO of the LG Electronics Mobile Communications Company said, "Complementing our G Series smartphones, the introduction of the LG G Pad 8.3 further strengthens LG's premium line-up consisting of our most cutting-edge devices. Our G Pad is just another example of LG delivering devices with the unique selling points consumers around the world will appreciate."