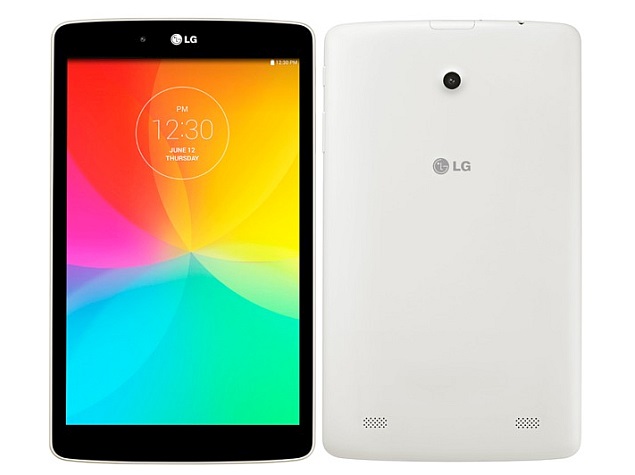 LG's G Pad 8.0 tablet has reached Indian shores via a third-party retailer and is now available to buy at Rs. 17,999. So far, there has been no announcement regarding the launch of the tablet.

Initially announced in May last year, the LG G Pad 8.0 was rolled out in the European region in August and was expected to follow to Central and South America, Asia and CIS regions gradually thereafter.

The LG G Pad 8.0 comes in two variants, a Wi-Fi only model and a LTE model. The one available in India via Snapdeal is the Wi-Fi only model. Both models are identical in terms of specifications apart from the 4G connectivity option.

The G Pad 8.0 features an 8-inch IPS display with a WXGA (1280x800 pixels) display. It is powered by a 1.2GHz quad-core processor (unspecified) coupled with 1GB of RAM, and features 16GB of inbuilt storage with microSD card support (expandable up to 64GB).

The highlight of the tablet is that it shares the same UI as seen in the company's flagship, the LG G3. In addition, the device includes QPair 2.0, through which users can connect to their smartphones with Bluetooth to conveniently answer phone calls, receive notifications, and send text messages, directly from their LG tablet.

Other features on the LG G Pad 8.0 include Touch and Shoot, Gesture Shot, Smart Keyboard, and Knock Code. The Touch and Shoot feature enables users to tap anywhere on the tablet screen to focus the subject automatically and shoot images. The Gesture Shot feature lets users click a selfie shot via the tablet's front-facing camera with the help of a simple gesture. The users would have to open and close the palms of their hands, after which a countdown timer of three seconds starts.