Lenovo Yoga Pad Pro has a slim form factor with a tubular bar at the bottom that has a swivel stand attached. 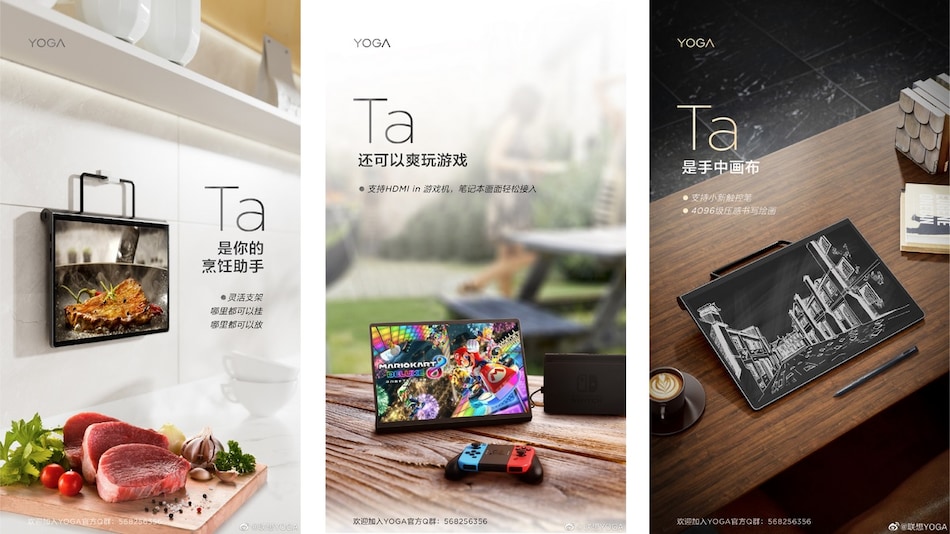 Lenovo Yoga Pad Pro has three ports on the right side

Through a series of posts on Weibo, Lenovo has teased its upcoming tablet that has a few different usages thanks to its unique stand design and HDMI in port. The Yoga Pad Pro has a slim profile overall with a thick rounded bar at the bottom. This bar houses the HDMI port that, as per one of the posts by Lenovo, allows the tablet to be used as a display for gaming or extending your setup. This makes the tablet quite versatile.

There is also a slim stand on the back that can be used to prop up the Yoga Pad Pro in various angles and in one of the posts, Lenovo shows it can be used to hang the tablet to use it in the kitchen or other such scenarios. The tablet can be used for sketching as well, as it supports a new smaller stylus with 4,096 levels of pressure sensitivity. There are three ports on the right side, one of which is the HDMI in port.

As of now, Lenovo has not shared any information on the release date, pricing, or availability for the Yoga Pad Pro. It will be unveiled in China first and at this point, it is unclear if the company will release the tablet in other markets.