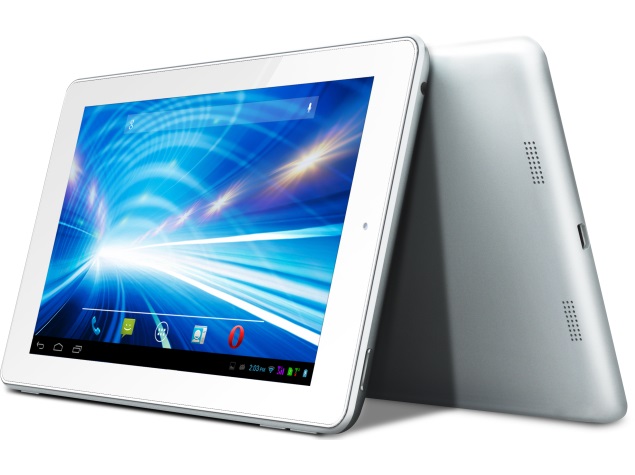 Lava, expanding its tablet portfolio in India, has launched the QPAD e704 at Rs. 9,999. The domestic manufacturer has announced that the Lava QPAD e704 will be exclusively available at the e-commerce website, Flipkart for the first two weeks.

The Lava QPAD e704 is a dual-SIM tablet and supports voice-calling functionality. It comes with a 7-inch display with a resolution of 1024x600 pixels. The tablet runs on the dated Android 4.2 Jelly Bean operating system, with no word on software update.

The QPAD e704 tablet is powered by a quad-core Broadcom processor clocked at 1.2GHz, along with 1GB of RAM. Other specifications include a 3.2-megapixel rear camera, VGA front-facing camera and 4GB of inbuilt storage, which can be expanded up to 32GB with the help of microSD card.

The Lava QPAD e704 tablet is backed by a 3500mAh battery and weighs 280 grams. Connectivity options on the tablet include Wi-Fi, EDGE, GPRS, Micro-USB, HDMI and 3G.

Commenting on the launch, S.N. Rai, Co-founder and Director, Lava International said, "Lava International is aiming to expand its tablet portfolio with the launch of new tablets and our latest offering, QPAD is a step in that direction. QPAD e704 is a perfect device not only for young professionals, but also for the enterprise segment. Enterprises can arm their employees with this powerful next generation Tab with latest features at a very low cost. By virtue of its fast processor, better graphics, IPS display and longer battery QPAD e704 can be perfect replacement for Notebooks used for presentations, demo videos, catalogues, and enterprise specific applications."