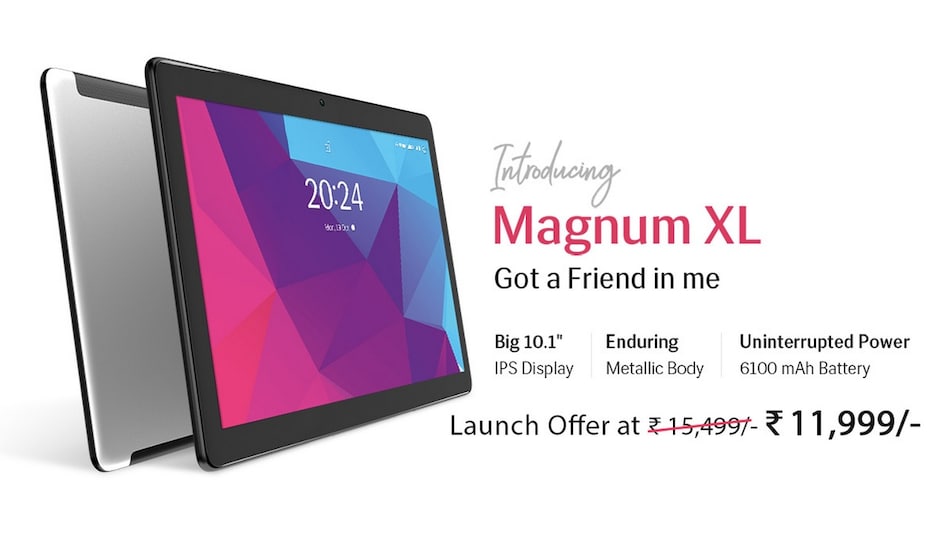 Lava Magnum XL has thick bezels all around

Lava has partnered with EduSaksham and is offering free access to e-learning courses worth Rs. 27,000 for students in Class 6 to Class 9 with the purchase of the tablets.