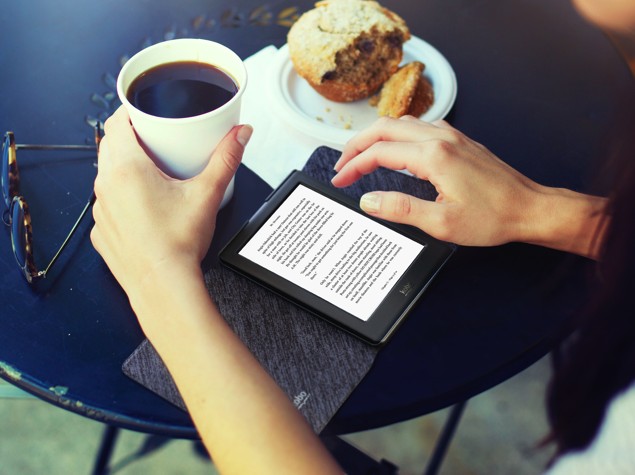 Rakuten-owned Kobo has launched its new high-resolution display ebook reader, the Glo HD. The device will be hitting shelves starting May 1 in the US, Canada, Australia and New Zealand; May 22 in France, and June 1 in the UK, Italy, the Netherlands, Germany and Spain at $129.99 (roughly Rs. 8,000).

The Kobo Glo HD e-reader features a 6-inch (1448x1072) display, the highlight of which is a 300ppi pixel density, the same as its closest competitor, the Kindle Voyage - which also features Carta E-Ink technology. The ebook reader uses E-Ink Carta screen technology, the same used in its predecessor the Kobo Aura H2O. The Kobo Glo HD additionally equips the company's proprietary ComfortLight technology, which offers built-in lighting for low-light situations.

The Glo HD features a 1GHz processor and 4GB of inbuilt storage, similar to its competitor the Kindle Voyage. However, the Glo HD edges over the Kindle Voyage by being $70 cheaper. Its price is closer to the lower-specced Kindle Paperwhite. However, the low cost of the ebook reader cuts some of the features the Voyage sports, such as automatic light adjustment based on ambient light, page turn pressure buttons on the bezel, and a cellular connectivity option.

Kobo last launched its Aura H2O 'Premium Waterproof Ebook Reader' in August. The ebook reader features a 6.8-inch Carta E-Ink HD multi-touchscreen display with a 1430x1080 pixel resolution and a pixel density of 265ppi. The Kobo Aura H2O is powered by a 1GHz processor (unspecified), and features 4GB of inbuilt storage with microSD card (up to 32GB) support. Wi-Fi 802.11 b/g/n and Micro-USB are the only supported connectivity features in the device.