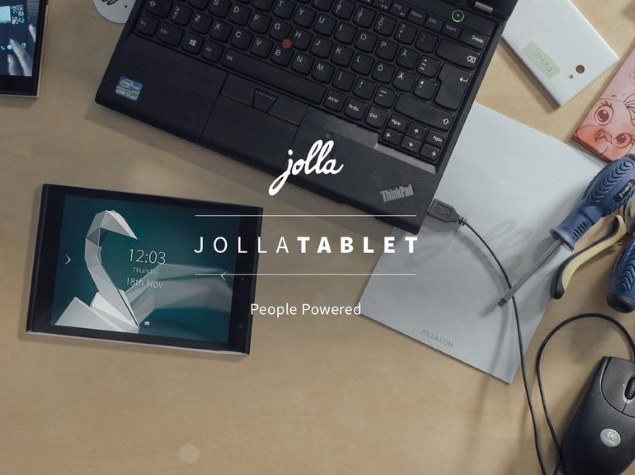 Jolla, as expected, has launched its new Sailfish OS based device, the Jolla Tablet.

The Finnish company is however running a crowdfunding campaign to produce the tablet. The company says, "At the moment it's just a dream but we want to make it a reality."

The company is running the campaign on Indiegogo and has a target of $380,000. Notably, Jolla, at the time of writing, has already raised $269,334 in the first few hours.

#JollaTablet campaign is up on Indiegogo. Help us bring #SailfishOS to the world, pledge now! http://t.co/8BdZfketv8 pic.twitter.com/6wTjQuDund 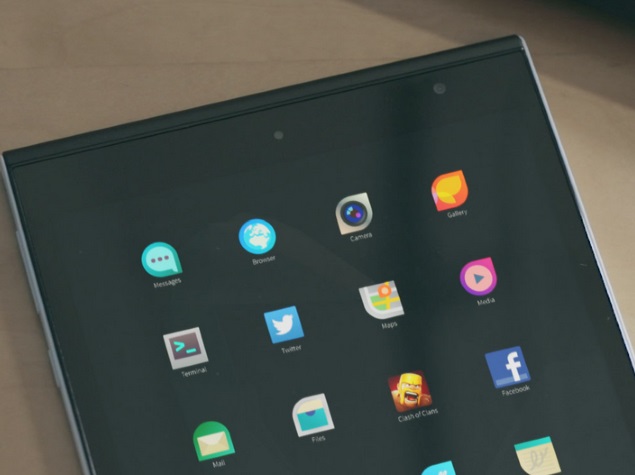 The company compares the new Jolla Tablet against the likes of some high-end tablets such as the Google Nexus 9, Apple iPad mini 3, and the Nokia N1.

It runs Sailfish OS 2.0 version and offers a gesture-based interface. The Jolla Tablet is powered by a 1.8GHz quad-core 64-bit Intel (unspecified chipset) processor alongside 2GB of RAM. The tablet includes 32GB of built-in storage and supports expandable storage via microSD card (up to additional 32GB). The tablet sports 5-megapixel rear camera while there is a 2-megapixel front camera also on board. The rear camera can record full-HD videos at 60fps.

It is backed by a 4300mAh battery. The Wi-Fi only tablet also comes with Bluetooth, Micro-USB, and GPS. The Jolla Tablet will feature three sensors accelerometer, light sensor, and proximity sensor. It measures 203x137x8.3mm and weighs 384 grams.