Jolla Tablet Facing Production Issues; Will Not Ship to All Backers 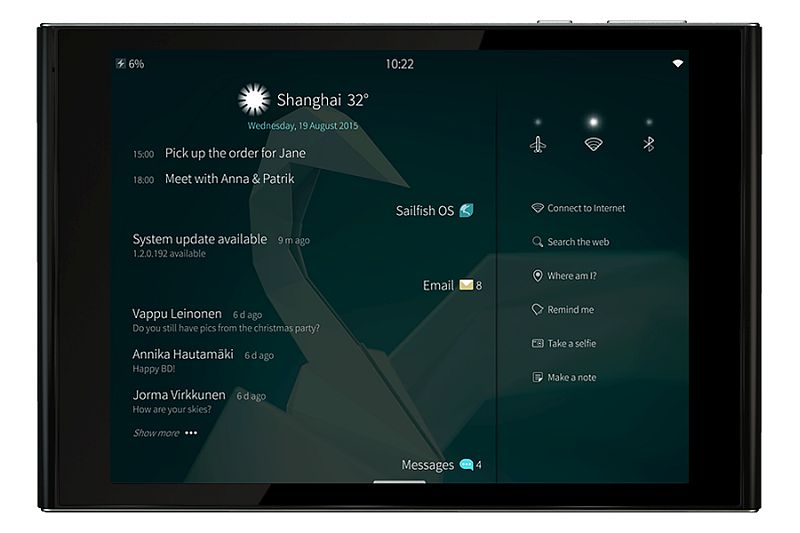 Jolla has broken silence on the status of availability of the Jolla Tablet, which was kicked off as a crowdsourced project back in 2014 but saw delays in its scheduled rollout this year.

The company's Head of Communications Juhani Lassila has issued a statement to clarify the status on the Jolla Tablet, saying the company will not be able to ship the tablets to all backers of its Indiegogo project, citing funding problems faced earlier in the year, "The serious financing challenge in November-December had unfortunately a bigger impact on this project than we could even anticipate."

"We don't have all pieces of the puzzle figured out just yet, but a few things are now certain: we are happy to say that we will be shipping an additional small batch of the Jolla Tablet to early backers during early 2016, targeting to send invitations during January," he added.

"The bad news here is that we are not able to complete the production to fulfil all contributions. In other words, all of our backers will not get a Jolla Tablet. However, you can be sure you will not end up empty handed. We might even have some positive surprises in stock for you. But more on that will follow, feel free to speculate!" Lassila said.

The Finnish company after missing its May 2015 shipping deadline for the Tablet, managed to ship its first wave to early backers, and had promised a November second wave, followed by a December final wave - however it missed both these rollouts. To recall, the company had started taking direct reservations on the Tablet from consumers in August promising them end of October shipping time.

Jolla back in November had published an open letter to the community highlighting one of the biggest problems it was facing - financing. Antti Saarnio, Co-founder and Chairman of the Board of Jolla, had at that time said, "Our lead investor had withdrawn from the November financing round (total size of round around EUR 10 million investment), and that our biggest problem was in fact the company's financing and survival overall. The Jolla Tablet is of course one important item here, but now the whole company's future was at risk."

"We have faced numerous challenges, ranging from issues with component deliveries, to component issues with the display (we've kept you up to date with all the challenges we've faced with the display), to securing manufacturing time slots from the factory. All these put together have contributed to a domino effect, negatively impacting assembly and shipment timeline of the Jolla Tablet," said Saarnio in October, elaborating on the production issues Jolla had also faced.

The company has currently not given out any details about the number of units that will be shipped in the next batch but has thrown a puzzle to its backers and community saying that it has some "positive surprises" in stock. It had said it was exploring refund options in the midst of its troubles back in October.

Neowin in a report points out that people who backed the crowdfunding are now raising voices against the company and asking for refunds on the official Jolla forum.