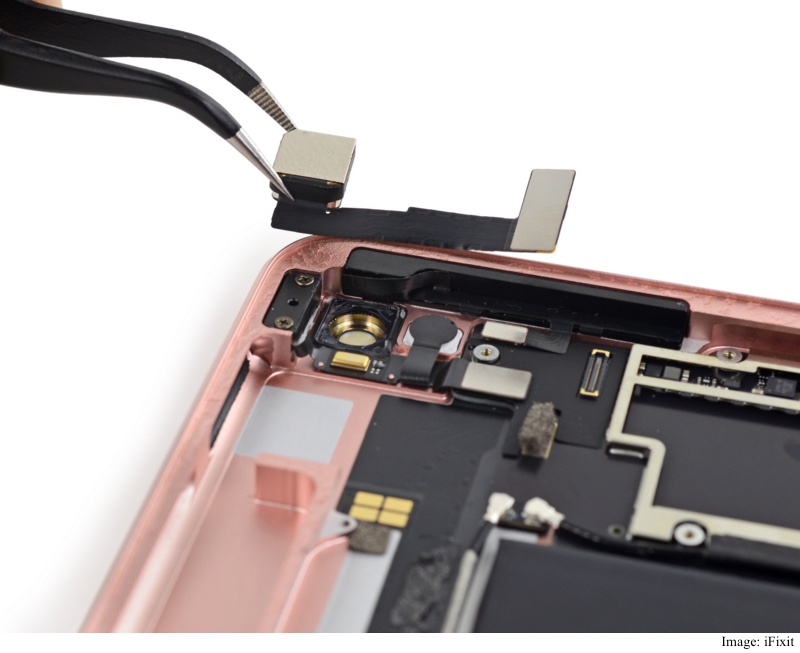 As has become a custom of sorts, within hours of a device going on sale its teardown surfaces on the Web. Apple's iPad Pro is no exception. Less than a day after the company's largest-yet tablet became available for purchase, folks at iFixit put it through their teardown treatment to assess 'repairability'.

The iPad Pro, which sports a 12.9-inch display, understandably comes with a larger battery to offset the extra battery load. iFixit's teardown reveals that there's a 10307mAh battery inside the fairly-designed body. Getting to the battery, however, is pretty difficult.

There's too much adhesive used inside the tablet to keep the internal components and body shell together. iFixit notes that it's tough to crack open the device. The glass and the display underneath are fused together, similar to some other recent iPad models - which is bad news, as a dent on the screen will require the entire panel to be replaced. Besides, finding your way to the display is no child's play. The display cables are connected in the very middle of the device, the firm notes.

The amusing thing about the iPad Pro is its speakers. Each speaker comes with own resonance chamber, enclosed into the device's aluminium case. The speakers occupy a large part of the tablet. The firm estimates that the speakers occupy half as much as space as the battery.

As for specifications, iFixit did not reveal which company made the Apple A9X SoC in the iPad Pro unit torn down, but specified the two LPDDR4 RAM modules measuring 2GB each (making it 4GB in total) were made by SK Hynix, and Toshiba made the NAND flash storage.

Overall the device is fairly difficult to repair, for which it has been stamped a repairability score of three out of ten. Which is surely bad, but not as bad as Microsoft's Surface Book - which received a score of one out of ten.