iPad mini 6 Rumoured to Not Have Mini-LED Display; AirPods 3 Tipped to Launch Alongside iPhone 13 in September

Apple is also reportedly testing an external display with A13 chip and a dedicated Neural Engine. 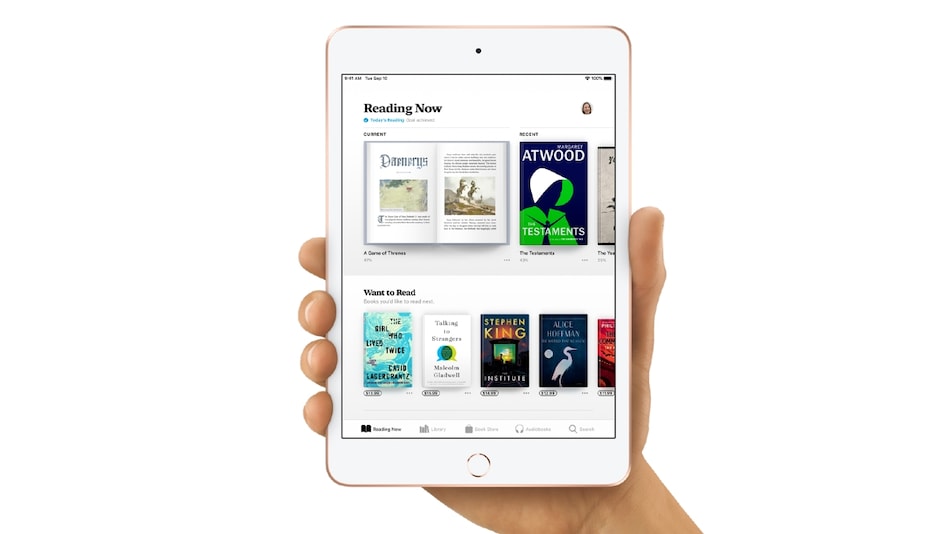 iPad mini 6 may not come with a mini-LED display that is speculated to be a part of new iPad Pro and MacBook Pro models, rumoured to debut in the coming months. The latest speculation comes just days after iPad mini specifications surfaced on the Web. The next-generation iPad mini model is expected to have an all-new SoC and a redesigned build. In addition to iPad mini 6, Apple is rumoured to have its new AirPods in the works that could be called the AirPods 3. These new true wireless stereo (TWS) earbuds are expected to debut at the iPhone 13 launch in September.

Previous reports suggested that iPad mini 6 would debut with an all-new design later this year that could be similar to iPad Air 4. It is also tipped to have Apple's A15 chip as well as an iPad Pro-like magnetic smart connector.

Separately, DigiTimes reported citing people familiar with the development that Apple is preparing its AirPods 3 (next-generation AirPods) that are likely to debut in the second half of this year. The launch could take place at the iPhone 13 event in September.

Earlier this year, Apple analyst Ming-Chi Kuo predicted that the AirPods 3 could launch in the third quarter of 2021. An image suggesting the design of the new AirPods model also surfaced on Weibo in April. It indicated some similarities with the AirPods 2, though the new model could have slight differences in cutouts for sensors and noise flow. However, Kuo suggested last year that the new AirPods could come with an AirPods Pro-like design and its similar system-in-package (SiP) technology.

The DigiTimes report suggested that the AirPods 3 pricing would align with the existing models. This means that there may not be much price difference between the AirPods 3 and AirPods 2 prices. The last-generation AirPods were launched in India at Rs. 14,900 with the standard charging case, while the variant with the wireless charging case carried a price tag of Rs. 18,900.

Alongside the new iPad mini and AirPods, Apple is rumoured to have a new external display in development. 9to5Mac reports that the new display is currently under internal testing with codename J327. It is expected to have a dedicated A13 chip and Neural Engine to deliver high-end graphics on Mac computers without using all their resources.

Exact launch plans of the external display are yet to be revealed, though. It is also important to note that the device is reported to be in the testing phase, that means Apple may consider some changes in the final product or may just ditch the development altogether.