iPad mini 5, New Affordable iPad Set to Launch in First Half of 2019: Report 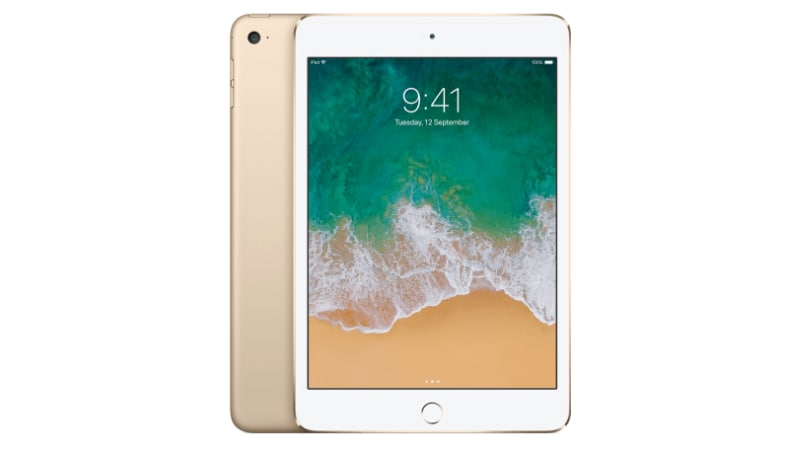 iPad mini 4 was launched back in September 2015, so the model is certainly due for a refresh

iPad mini 5 and a new entry-level iPad model are set to debut in the first half of this year, according to a report from Taiwan. The Cupertino company has been highly anticipated to upgrade the iPad mini 4 for a long time, as that model was launched back in September 2015. Similarly, the company hasn't refreshed its entry-level iPad lineup with new models, though it brought some iterations of the iPad Pro in the recent past - with the most recent upgrades debuted in October last year.

Citing people familiar with the development, Digitimes reports that Apple is in plans to launch two entry-level iPad models in the first half of this year, including the iPad mini 5 and an entry-level iPad model. It is also said that touch panel manufacturers General Interface Solution (GIS) and TPK Holding are already gearing up for the launch.

Specifications and features of the upcoming iPad models aren't reported this time. However, a past rumour suggested that the iPad mini 5 could sport a vertically stacked dual camera setup and include a headphone jack.

Last year, analyst Ming-Chi Kuo predicted that the iPad mini 5 could arrive at Apple's Spring event this year. The new model is believed to have an upgraded processor from the previous iPad mini model and an affordable display panel.

The latest report by Digitimes corroborates what was reported by China Times last month. The China Times report mentioned that there will be a successor to the 9.7-inch iPad (2018) with narrower bezels with the screen size increased to 10-inch. This might be the new affordable iPad model.

Apple hasn't yet revealed any details around its new iPad launch. Nevertheless, the company generally hosts an event either in March or April to refresh its iPad lineup. It is, therefore, safe to expect the iPad mini 5 alongside the all-new affordable iPad model in the coming months.