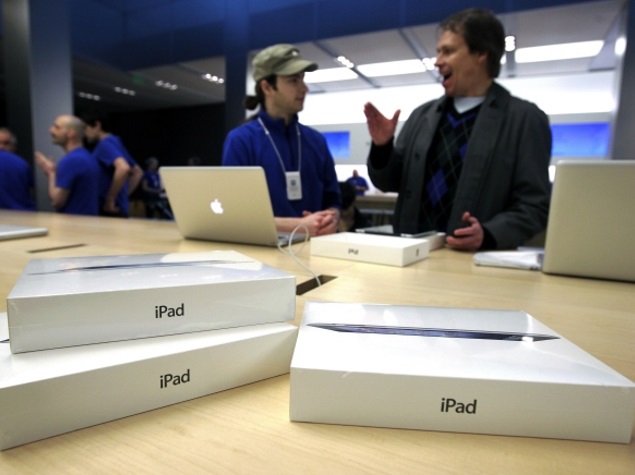 The previously rumoured Apple iPad Pro is now again under the spotlight as its purported schematics hinting at the size, design and processor of the tablet have surfaced on the web. However, the tablet is now being tipped to be named 'iPad Air Plus', following the naming scheme seen in the most recent generation of iPhone handsets - iPhone 6 and iPhone 6 Plus. The iPad Air Plus will reportedly release sometime between April and June 2015.

The report adds the iPad Air Plus will sport a 12.2-inch display. The device was previously said to feature a 12.9-inch liquid-crystal-display screen.

The magazine also states the rumoured iPad Air Plus will be powered by the Apple A9 processor, given the A8X processor recently debuted in iPad Air 2. In addition, while the previous iPad models have had dual speakers at the bottom side, the iPad Air Plus is said to boast four speakers (two additional speakers on top) so that stereo sound remains no matter the orientation of the tablet. 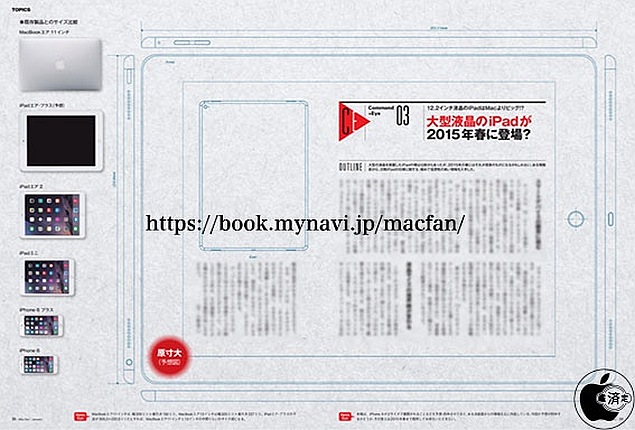 It is anticipated that Apple will include the Touch ID fingerprint sensor, as seen in the latest-generation iPad Air 2 and iPad mini 3 tablets. However, it remains to be seen if Apple will introduce a new version of iOS to take advantage of the larger iPad or not, with the long-rumoured split screen interface.

According to last month's report, the rumoured iPad Pro (now called as iPad Air Plus) is not likely to enter mass production until the second quarter of 2015. Apple might also include oxide LCD technology for the alleged iPad Pro for "quick response times and high colour saturation," which was recently used on the 27-inch iMac with Retina 5K display.