Previous leaks suggest that the new iPad and Apple Watch models may launch in the week starting September 7. 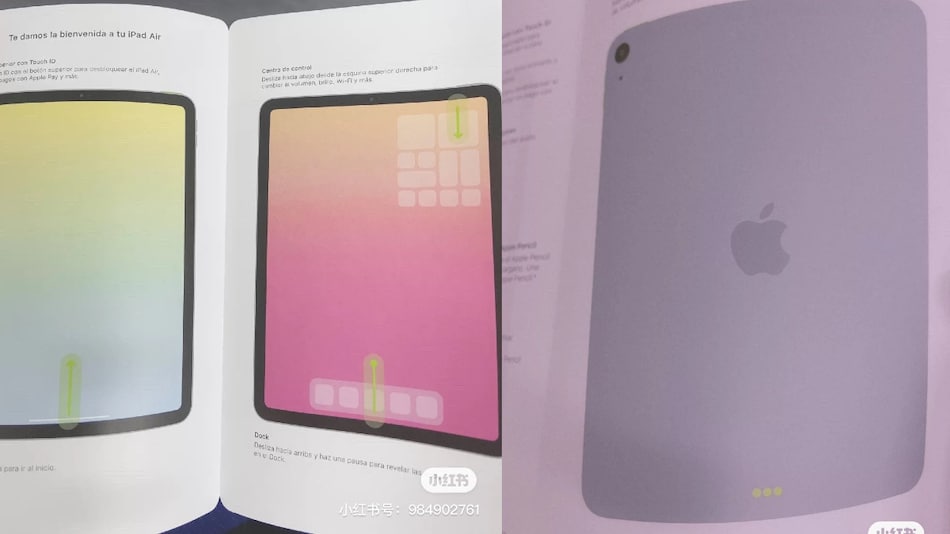 Apple has already confirmed a delay in the next-gen iPhone availability this year. YouTuber Jon Prosser offered additional information reporting that the iPhone 12 series may not be unveiled until October, a massive deferment from Apple's traditional September launch timeline (if true). He also reported that Apple may launch the next generation Apple Watch and a new iPad in September, and to lend more weight to this rumour, the two products have allegedly passed through the Eurasian Economic Commission (EEC). Furthermore, a separate leak of the iPad Air 4 reveals some key information about this rumoured model as well.

Separately, Twitter user @DuanRui has leaked what appears to be instructions pamphlet of the rumoured iPad Air 4. The images show the pamphlet written in Spanish, and the sketches on the pamphlet suggest that the yet-to-be-released iPad Air 4 may have thin bezels on all sides, similar to the iPad Pro range design. The pamphlet also suggests that the tablet may support USB Type-C port instead of the Lightning port. This rumoured iPad Air 4 is reported to lack Face ID support and instead come with a side-mounted Touch ID support. If true, this will be the first product in Apple's portfolio to introduce this.

This iPad Air 4 could be the product that may launch in September, or Apple may launch a completely different iPad model alongside the Apple Watch series 6. Apple is keeping mum for now, but with September nearing, we won't have to wait too long to know if these leaks are legitimate or not.