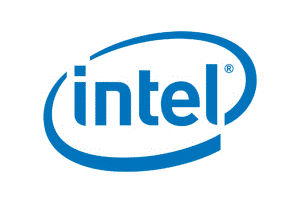 Highlights
Intel Corp. has launched a new chip for tablet computers, as the world's most powerful semiconductor company aims to become a contender in the market for mobile chips.

Intel's chips are in 80 per cent of laptops and desktop PCs, but it's had less success getting its chips into smaller devices such as cell phones and tablets. Known for pushing the processing speeds of its chips to the limit, energy efficiency has now become critical for Intel as gadgets and their batteries get smaller, testing the limits of engineering in a different way. And with more consumers starting to opt to buy tablets instead of upgrading their PCs, Intel is looking to diversify its revenue sources.

Intel's chips have been maligned as too power-hungry for the smallest of mobile devices, a criticism Intel is hoping its new chips address. Intel is trying to elbow in to a mobile market dominated by lower-power processors from companies such as Qualcomm and Texas Instruments. Apple Inc. designs its own chip for the iPad.

Intel also faces a challenge in that mobile chips are generally built around a different chip design, from a company called ARM Holdings Inc., than the so-called x86 design that Intel uses. Intel said Monday that more than 35 tablet and "hybrid" computers are being built on its newest chip, which is part of the Atom family of chips.

As for smartphones, Intel says a processor for that market is scheduled for release later this year. Intel, based in Santa Clara, California, has not announced specifications for those chips.

Intel has a history of dabbling in, and retreating from, the wireless business, so the company's success in this market is not a foregone conclusion.

It sold its mobile-chip business in 2006, then last year bought the wireless-chip division of Germany's Infineon Technologies AG for $1.4 billion. With that deal, Intel bought its way back in to a booming market, but only got a bit player. The Infineon division, while notching some high-profile wins such as Apple's iPhone, only owned about 5 per cent of the total market for processors and other communications chips for mobile phones, according to Gartner Inc.

Analysts are split about Intel's prospects. Some say Intel is too late to the game to score any major market share. Others caution that Intel, with $11.7 billion in net income last year on $43.6 billion in revenue, has plenty of money to pour into making its mobile division a winner.