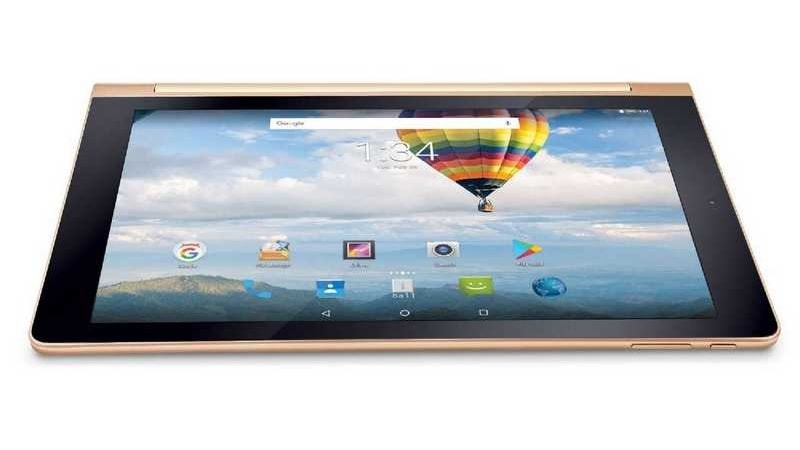 Domestic consumer electronics company iBall on Tuesday launched a new tablet Slide Brace-XJ at Rs. 19,999. It will be available in a week from online marketplaces in a Bronze Gold colour variant.

The iBall Slide Brace-XJ tablet sports a 10.1-inch IPS HD display, apart from a 5-megapixel front camera and 8-megapixel rear camera with LED flash. It houses a 7800mAh battery, rated to deliver up to 12 hours of working time. The tablet supports 4G VoLTE connectivity, with its Micro-SIM card slot, and voice calling.

"We expand the boundaries of every aspect, at iBall. And to sustain our signature of excellence, we have come up to embrace the future of tablets with iBall Slide Brace-XJ. Be it camera, screen, processor or the system itself, the upbringing of potent price and impeccable features is what this is comprised of. So connect faster, better and more than ever with the terrific iBall Slide Brace-XJ," Sandeep Parasrampuria, CEO and Director - iBall, said in a statement.

The iBall Slide Brace-XJ tablet is powered by 1.3GHz octa-core processor coupled with 3GB RAM. The 32GB inbuilt storage can be expanded via microSD card (up to 64GB). It runs Android 7.0 Nougat. The tablet also comes with the provision of Micro-HDMI port, and has as separate round-pin DC charging port. It also sports a flexible kickstand.

The Slide Brace-XJ tablet is also touting the use of dual-chambered speakers. iBall says the tablet supports 22 regional languages for reading and writing, with a multilingual keyboard.