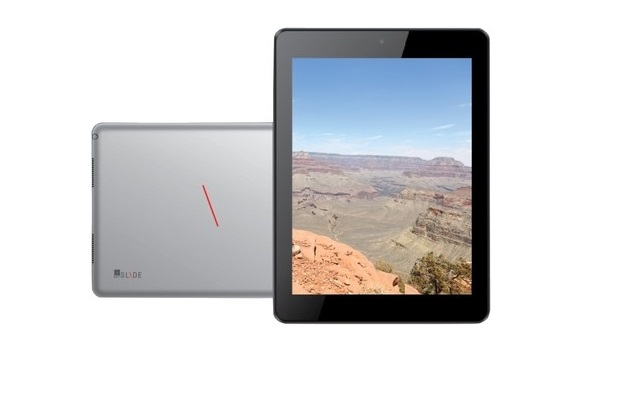 iBall has introduced its latest Slide tablet for the Indian market, dubbed Slide 3G 8072. The tablet is now available at ecommerce website, Flipkart, for Rs. 11,999. However, the company is yet to officially unveil the tablet in India.

The iBall Slide 3G 8072 tablet comes with dual-SIM (GSM+GSM) support with voice-calling and dual standby. It features an 8-inch display with 1024x768 pixels resolution, and is powered by 1GHz dual core Cortex A9 processor (unspecified chipset). The tablet runs Android 4.1 Jelly Bean out-of-the-box. The iBall Slide sports a 2-megapixel rear camera while the listing at online store confirms presence of a front-facing camera, though does not detail about the megapixels. It comes with 1GB of RAM and includes 4GB inbuilt storage which is further expandable up to 32GB with the help of microSD card. The tablet packs a 4000mAh battery. Connectivity options on the tablet include Wi-Fi and 3G. 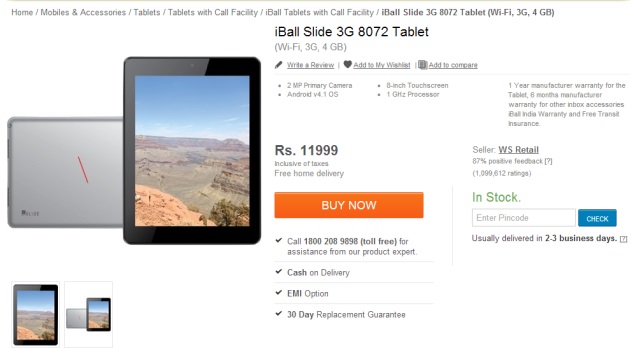 The Wi-Fi variant of the iBall Edu-Slide is powered by a 1.5GHz dual-core Cortex A9 processor and 1GB of RAM. It comes with 8GB of inbuilt storage which can be expanded up to 32GB via microSD card. The tablet sports an 8-megapixel rear camera and a VGA front-facing camera. Connectivity options on the device include Wi-Fi, Bluetooth, HDMI port and 3G via USB dongle. The tablet is backed by a huge 8000mAH battery. The iBall Edu-Slide 3G version is powered by a quad-core processor (unspecified clock speed and type) and supports dual-SIM, while other specifications remain the same as the Wi-Fi variant.