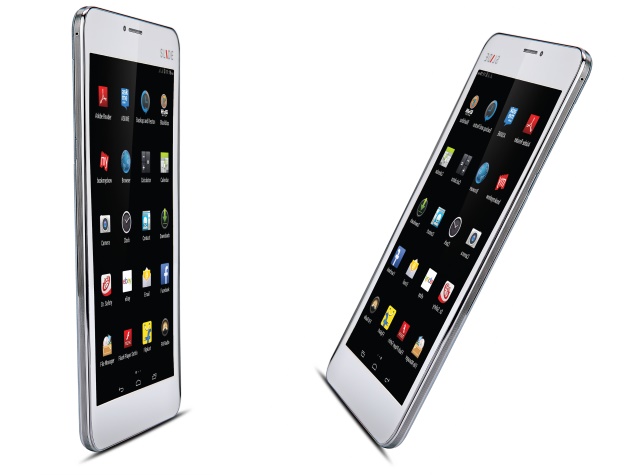 The Slide 3G 6095-D20 tablet sports a 2-megapixel rear camera with LED flash, while there is also a 0.3-megapixel front-facing camera onboard. It includes 8GB (approximately 4GB user available) of inbuilt storage, which is expandable via microSD card (up to 32GB).

Commenting on the launch, Sandeep Parasrampuria, Director of iBall, says, "Our terrific performance series is designed to meet the needs of today's young active users who are always on-the-go and have dynamic requirements to the upbeat lifestyle. D20 with its narrow frame and excellent slim design will be very useful for those who wish to use this Tablet for the dual purpose of tablet as well as a phone."

Last month, iBall had launched the Intel Atom-powered and Windows 8.1-based tablet, the Silde WQ32, in collaboration with Intel and Microsoft, priced at Rs. 16,999. The iBall Slide WQ32 tablet features a 8-inch HD (1280x800 pixel) IPS display, and is powered by an quad-core Intel Atom Z3735D processor (base clock 1.33GHz, up to 1.86GHz burst frequency, 4 cores, 4 threads, 2MB of cache) coupled with 2GB of DDR3 RAM. It comes with 16GB of built-in storage that is further expandable via microSD card (up to 64GB). It features a 5-megapixel autofocus rear camera with flash, and a 2-megapixel front camera.