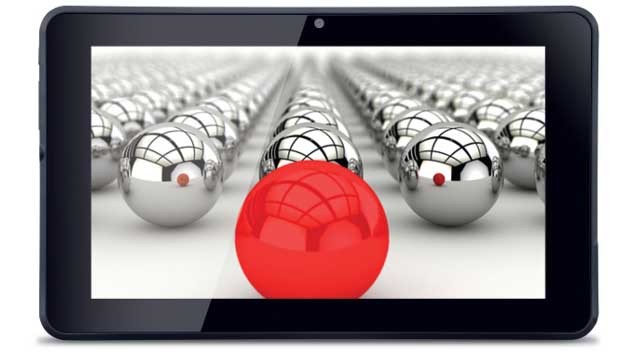 iBall has launched another budget 7-inch tablet in the Indian market. Dubbed iBall Slide 6309i, the tablet comes with a 7-inch screen with a display resolution of 1024X600 pixels.

iBall Slide 6309i packs in 1.2GHz ARM Cortex A9 processor along with 1GB of RAM. The tablet comes with 2GB of internal storage, which can be expanded by up to 32GB through a microSD card. For camera, there is a 2-megapixel rear camera and a 0.3-megapixel one on the front.

iBall Slide 6309i will be competing with the other budget Android 4.1 tablets such as Micromax Funbook Talk P360, HCL ME U2, Videocon VT 75C and the Lava Etab Xtron.

iBall had recently launched iBall Edu-Slide i-1017 tablet targeted at students. This tablet features a 10.1-inch screen that comes with a resolution of 1280X800. It packs in a dual-core Cortex A9 processor that clocks speed of 1.5GHz. The tablet comes with 1GB of RAM and runs on Android 4.1 (Jelly Bean) operating system. There is 8GB of internal storage available on the device, which can be expanded via microSD card.