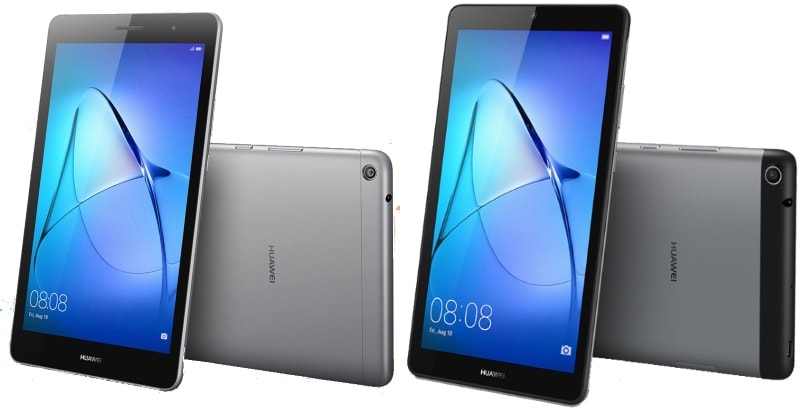 The Huawei MediaPad T3 features an 8-inch IPS display with a screen resolution of 1280x800 pixels. The tablet is powered by a quad-core Qualcomm Snapdragon 425 (MSM8917) SoC clocked at 1.4GHz coupled with 2GB or 3GB RAM. It will be available in two inbuilt storage options: 16GB and 32GB storage.

The EMUI 5.1 based MediaPad T3 sports a 5-megapixel autofocus rear camera as well as a 2-megapixel fixed focus camera. The tablet packs a 4800mAh battery and supports GPS/ A-GPS, GLONASS, and Wi-Fi connectivity options. It will be available in Space Grey and Luxurious Gold colours. The tablet weighs roughly 350 grams and measure 211x124.6x7.9mm.

The Huawei MediaPad T3 7, on the hand, features a smaller 7-inch IPS display with a screen resolution of 1024x600 pixels. It is powered by a quad-core MediaTek (MT8127) clocked at 1.3GHz coupled with 1GB RAM and 8GB storage. It will be also available in 2GB RAM and 16GB storage variant.

The tablet runs on EMUI 4.1 based on Android 6.0 Marshmallow and sports 2-megapixel front and rear cameras. It is backed by a 3100mAh battery.

The Chinese company hasn't revealed pricing details of the Huawei MediaPad T3 though prolific tipster Roland Quandt had suggested a price tag of EUR 219 (roughly Rs. 15,000) for the 8-inch model while the 7-inch is said to be priced at EUR 129 (roughly Rs. 9,000). It's worth noting that these may or may not be the final prices of the MediaPad T3 and MediaPad T3 7 tablets.