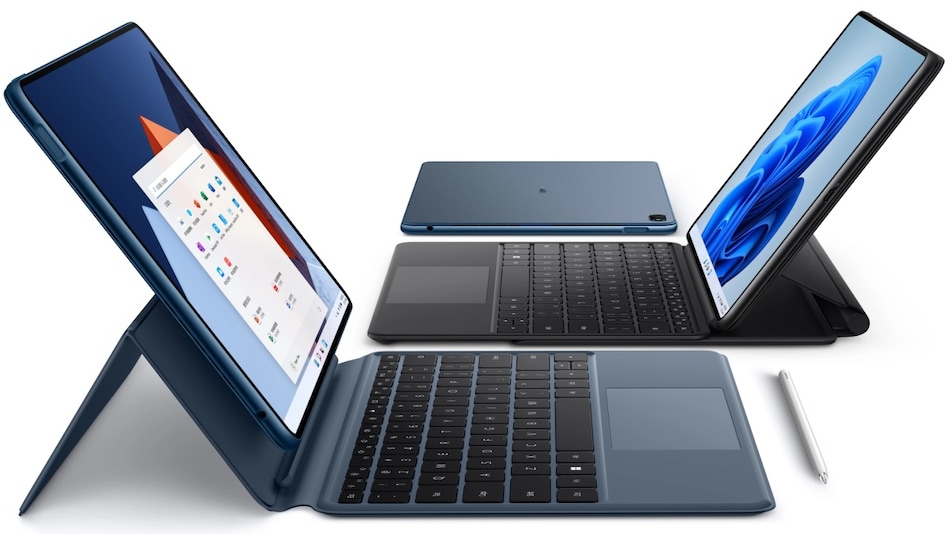 In terms of availability, Huawei VR Glass 6DoF Game Set will be available for purchase in China starting November 26. The Huawei MateBook E (2022) will, however, go on sale in the country starting December 1.

Details about the global launch of Huawei MateBook E (2022) and VR Glass 6DoF Game Set are yet to be announced.

The Huawei MateBook E (2022) 2-in-1 device runs on Windows 11 out-of-the-box. It features a 12.6-inch OLED display with a resolution of 2,600x1,600 pixels which brings a 16:10 aspect ratio and 90 percent screen-to-body ratio. The display also has 240ppi of pixel density and supports up to 10 touch inputs simultaneously. The MateBook E (2022) also supports second-generation Huawei M-Pencil and works with an easily detachable keyboard.

Under the hood, Huawei MateBook E (2022) has up to 11th-generation Intel Core i7-1160G7 processor which is paired with Intel Iris Xe graphics and up to 16GB of LPDDR4x RAM. There is also up to 512GB of PCIe NVMe SSD storage.

The MateBook E comes with a range of connectivity options which include Wi-Fi 6 and Bluetooth v5.1. You will also get a Thunderbolt 4 (USB Type-C) port and a 3.5mm headphone jack. Further, the device comes with an 8-megapixel camera at the front and a 13-megapixel camera on the back.

Huawei has equipped the MateBook E (2022) with four speakers and microphones. There is also a fingerprint sensor integrated within the power button.

The Huawei VR 6DoF Game Set is an upgrade to the Huawei VR Glass, which was unveiled back in 2019. The new model comes bundled with a 6DoF vision module and two gamepad controllers — alongside the regular Huawei VR Glass. The headset unit houses 2.1-inch dual fast LCD panels that deliver a monocular resolution of 1,600x1,600 pixels and a binocular resolution of 3,200x1,600 pixels. The displays also deliver a combined pixel density of 1,058ppi and have a refresh rate of 70Hz when used with a mobile device or 90Hz when paired with a computer.

The gamepad controls come with a joystick key and a menu key as well as includes trigger button and the regular A and B keys. There is also a home button to return to the homepage on the headset.

On the audio part, the VR 6DoF Game Set offers spatial positioning, environment modelling, and multi-channel sound effects. There is also an inbuilt microphone and a 3.5mm headphone jack.

The Huawei VR 6DoF Game Set is bundled with a clip that lets you attach your smartphone with your belt when playing games on the headset. Alternatively, you can connect it with your PC. The VR Glass headset weighs 166 grams, while the 6DoF vision module is 22 grams and each gamepad controller weighs 103.5 grams.