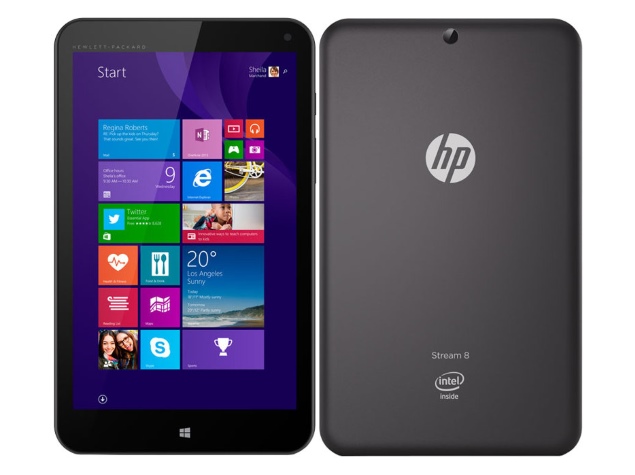 HP has launched its new Windows 8.1-based tablet in India, the HP Stream 8, at Rs. 16,990. The tablet has gone up on sale via company's official store without any announcement.

The Stream 8 comes with 32GB built-in storage, which is further expandable via microSD card (up to 32GB).

Connectivity options on the HP Stream 8 include 3G HSPA+, Wi-Fi, Bluetooth 4.0, GPS/ A-GPS, GLONASS, and Micro-USB. It packs a 4000mAh Li-ion battery. The device measures 124x209x8.9mm and its weight starts at 388 grams, notes the company listing.