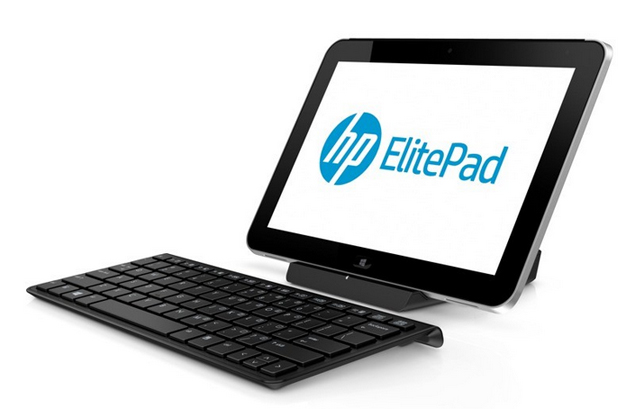 Last month, HP previewed its upcoming Windows 8 all-in-ones in the form of the HP Spectre One, HP Envy 23, HP Envy 20 TouchSmart and the HP Pavilion 20 which are set to launch this fall . now the company has announced the HP ElitePad 900, a tablet for enterprise users.

The 10.1-inch tablet features an IPS HD display with a Gorilla Glass coating atop. It weighs 1.5 pounds and sports a thin 9.2mm aluminium exterior, with a black plastic band running along the top edge that suggests wireless radios and NFC.  The tablet comes with an 8-megapixel rear camera and a 1080p front-facing camera as well.

On the inside, the HP ElitePad 900 is powered by an an Intel Clover Trail processor buffering 2GB RAM. Storage options include 32GB, 64GB or SSD storage. Connectivity wise, users can also opt for 3G/4G with hotspot support, amongst Wi-Fi and Bluetooth options too.

There is a microSD slot but there are no USB ports on the tablet, which may attract the attention of critics. HP, however, is bundling in a USB adapter with the tablet. The tablet also packs an accelerometer, compass, gyroscope, and a light sensor and is also responsive to finger, stylus or voice input. 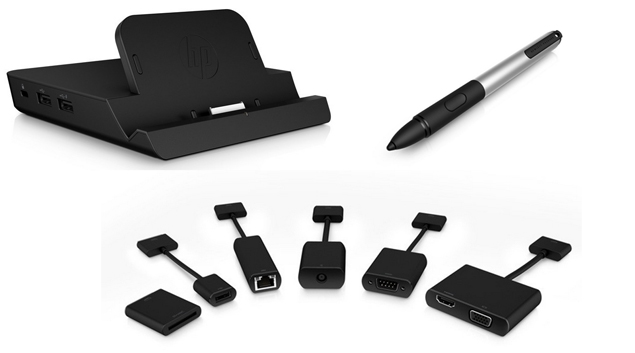 What makes this tablet unique is the HP Smart Jackets and additional accessories designed specifically for the ElitePad 900, that claim to expand the tablet's potential for business users.

While the HP ElitePad Productivity Jacket includes an integrated keyboard, connectivity ports, SD card reader and adjustable viewing angles, the Expansion Jacket adds USB, HDMI and other connectivity to get more done on the go. It further enhances battery life when bundled with the optional HP ElitePad Jacket battery.

Other accessories like the ElitePad Rugged Case provides military-grade reliability and enhances the stylish profile of the ElitePad. The Docking Station promises to deliver an enterprise-class desktop experience with an added keyboard and monitor and also charges the tablet. users can enjoy multitasking by using the tablet as a secondary screen (Also see: Dell unveils Windows 8 tablet, ultrabook and All-in-One for enterprise users)

The HP Executive Tablet Pen lets customers write messages and notes in their natural handwriting directly on screen and then save or convert to typed text for use in other applications.

Additional user-experience software includes the CyberLink Media suite, which enables users to manage and create audio and video content as seen on other HP business PCs. Users can also record and listen to audio with a stereo microphone and headset jack SRS Audio.

The HP ElitePad 900 is expected to be available in the US in January 2013. Pricing information will be announced closer to availability.