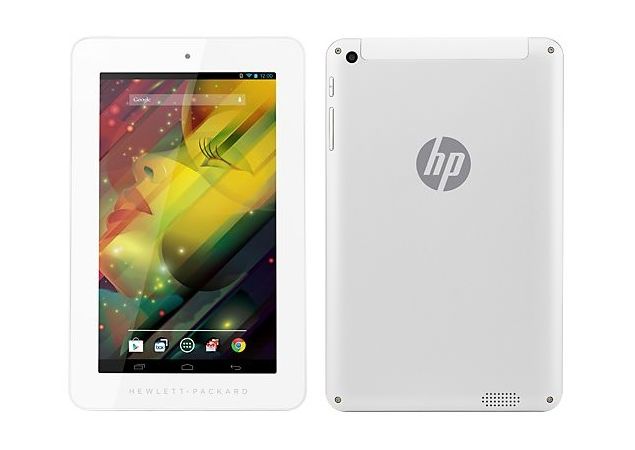 On Tuesday HP launched its budget HP 7 Plus (1301US) tablet in the US for $99.99 (roughly Rs. 5,876), and listed on the company's US store as available. The global availability details of the tablet are not yet known, or whether the tablet will be launched in other regions.

The HP 7 Plus comes with a 7-inch IPS screen with a low-res 1024x600 pixel resolution that works out to roughly 170ppi pixel density. The tablet runs on Android 4.2.2 Jelly Bean OS out-of-the-box.

The new HP 7 Plus tablet is powered by a 1GHz quad-core Allwinner A31 ARM Cortex-A7 processor clocked at 1GHz, alongside 1GB of DDR3 SDRAM. The tablet comes with 8GB of eMMC inbuilt storage that can be expanded by an additional 32GB via microSD card.

The HP 7 Plus is backed by a 2800mAh Li-Po battery that is rated to deliver up to 5 hours and 30 minutes of battery life and is available in only Silver colour. The tablet measures 7.58x4.8x0.32mm and weighs roughly 300 grams.

Some of the key specifications of the HP Slate 6 VoiceTab are dual-SIM functionality; 6-inch HD IPS LCD; 1.2GHz quad-core Marvell PXA1088 SoC; 1GB of RAM; Android 4.2.2 Jelly Bean; 16GB of inbuilt storage (expandable up to 32GB); 5-megapixel rear camera and a 2-megapixel front camera, and 3000mAh battery. The connectivity options of the tablet include Bluetooth 3.0 EDR, 802.11b/g/n Wi-Fi and GPS.