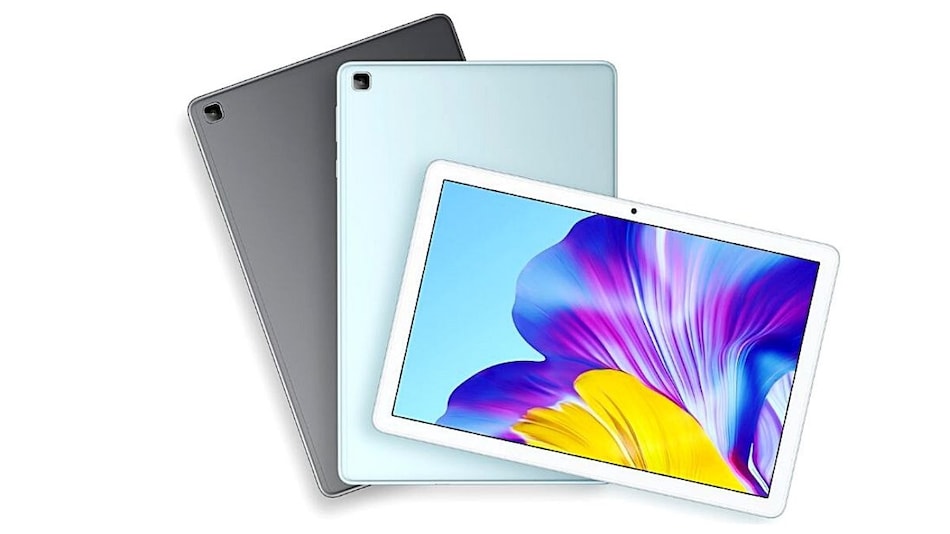 Honor Pad 6 and Pad X6 have been launched as Huawei sub-brand Honor's latest tablets. Both the devices come in LTE and Wi-Fi variants, which further have a variety of storage options. The new tablets by Honor pack octa-core HiSilicon Kirin 710A SoC and 5,100mAh battery. The newly launched Honor Pad 6 and Pad X6 carry 5-megapixel rear shooter and 2-megapixel front camera. Additionally, the tablets come with features such as kids mode and e-reading mode.

The Honor Pad 6 further carries a single 5-megapixel rear camera and a 2-megapixel front camera. The rear camera supports video recording at 1080p; however, it does not come with optical image stabilisation. The front camera is said to support HD video calling.

Its connectivity options include 4G (LTE variant only), Bluetooth v5.1, dual-band Wi-Fi, GPS, and USB Type-C for charging. Sensors onboard include Beidou, fingerprint sensor, Ambient light sensor, Gravity sensor, and Glonass. The Honor Pad 6 is further equipped with a 5,100mAh battery that is touted to provide 32 hours of talk-time and 600 hours of idle time. Other features on the Honor Pad 6 include an E-book Mode, Children's Mode, and Eye-protection Mode (translated). Lastly, the LTE variant supports a single Nano-SIM card.

In terms of the specifications, the Honor Pad X6 is similar to the Pad 6, but with minor tweaks. It runs on Android 10-based MagicUI 3.1 and sports a 9.7-inch HD (800x1,280 pixels) IPS display with 75 percent screen-to-body ratio. It is also powered by octa-core Hisilicon Kirin 710A, paired with up to 4G RAM. Its storage is expandable via a microSD card (up to 512GB).