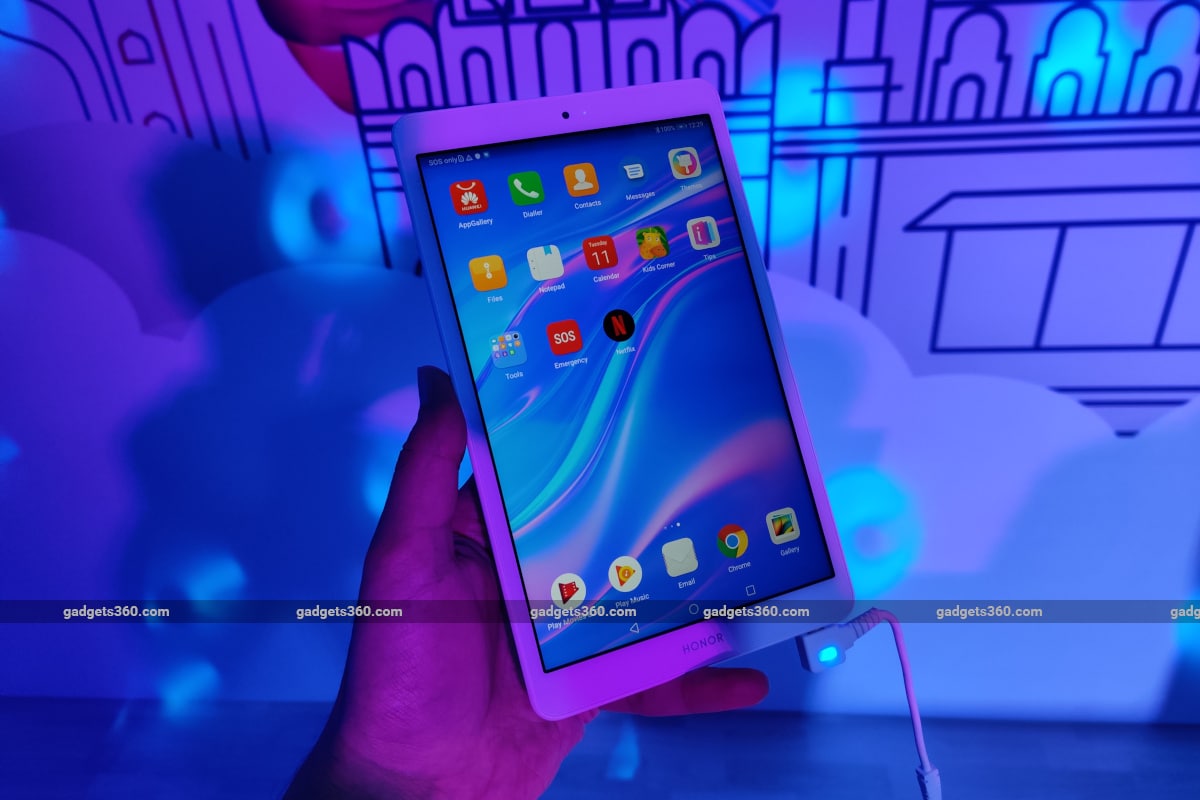 Honor has unveiled two Android tablets in India. The new Honor Pad 5 (8-inch) and Honor Pad 5 (10.1-inch) tablets are made for media consumption and will be available to the consumers next month. Featuring full-HD screen and dual stereo speakers, the new Honor tablets come with a number of dedicated child environment features, which aim to make them more friendly to kids and youngsters. In addition to the tablets, Honor also launched its Honor 20, Honor 20 Pro, and Honor 20i smartphones in the country.

All variants of both 8-inch and 10.1-inch Honor Pad 5 will be offered via Flipkart in India beginning July. The company has not shared an exact availability date right now. Both tablets will be sold in Glacial Blue colour.

As we mentioned earlier, Honor also launched three new phones in the country today - Honor 20, Honor 20 Pro, and Honor 20i.

On the imaging front, there are 8-megapixel cameras on both front and back of the tablet, however the rear camera has got auto-focus, but the front one only supports fixed-focus. Additionally, you will get dual stereo speakers with Dolby Atmos support, and the usual set of connectivity options, including voice calling support, 4G LTE, Wi-Fi, Bluetooth, GPS.

Among other specifications, the Honor Pad 5 10.1-inch version packs an 8-megapixel auto-focus rear camera and a 2-megapixel fixed-focus selfie shooter. There is up to 64GB of onboard storage as well, with a microSD card slot (up to 256GB), dual stereo speakers with Harman Kardon audio tuning and a fingerprint sensor. In terms of the connectivity options, you will get 4G LTE support, voice calling, Wi-Fi, Bluetooth, and GPS.