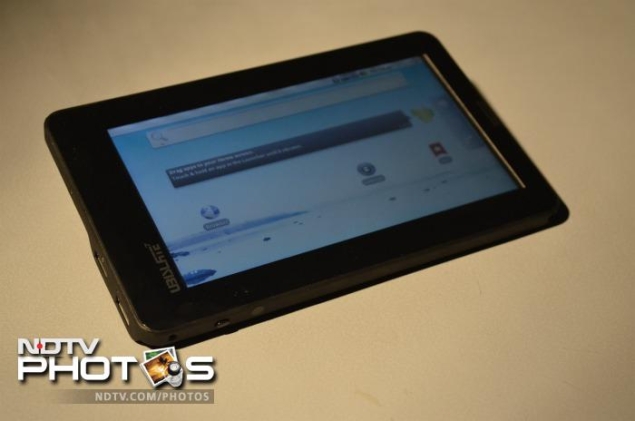 Government is keen to take Aakash tablet to the people at a cost of Rs. 1,500 apiece, Telecom and IT minister Kapil Sibal said Monday.

"I asked Rajat Moona (Director General,C-DAC) to help us in Aakash. Let us take that Aakash to the people of this country for a sum of Rs. 1,500. Each student must have a Aakash in his/her hand so that they can see the world with it," Sibal said at a function New Delhi.

At present, the government purchases the device from Datawind, the maker of Aakash tablet PC, at Rs. 2,263 apiece.

The government will distribute the tablet to students at subsidised rate of Rs. 1,130 apiece.

Sibal said that there is need to gain expertise in providing cutting-edge technology at affordable prices to people, and the Centre for Development of Advanced Computing (C-DAC) should work towards developing such technologies.

The minister also said that C-DAC should work in the direction of providing cheap and effective technological options for the security of women.

"Recently, we had this very very unfortunate event in Delhi and I called Rajat and said I want a technological solution of the safety of girls and women in our country.

"I want a wrist watch, which will video graph, which will set up an alarm, which will call up dedicated lines. Lets have a GPS system and lets produce this for less than Rs. 1,000 for the citizens of our country for their safety," Sibal said.

He added that the country needs to scale up its technology skills and attain self-reliance.

"As we look into the 21st century, we realise that there are several areas where we need to be self-reliant. Super computing is of exceptional importance one such area. I see C-DAC as a technology leader in the world. India should provide technological solutions to the world," he said.