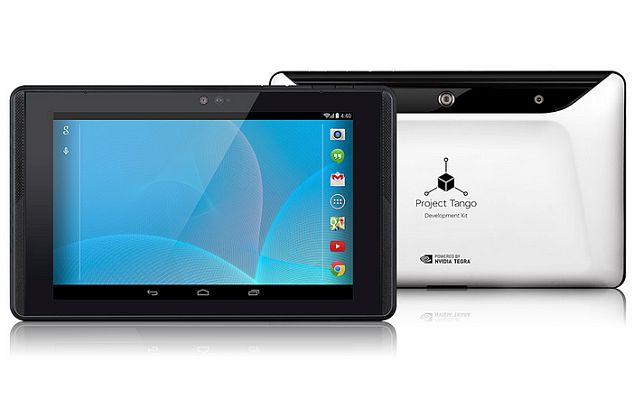 The highlight of the tablet is it comes with 3D vision and motion-sensing capabilities, and is meant to help developers design for Project Tango, which is aimed at bringing 3D vision technology to smartphones and tablets for potential applications such as indoor mapping, gaming and helping blind people navigate.

It features a 7-inch screen with a 1080x1920 pixels screen resolution with pixel density of 323ppi. The Google Tango prototype runs on Android 4.4 KitKat, and is powered by 2.3GHz quad-core Nvidia Tegra K1 processor coupled with 4GB of RAM. Other specifications include 4G LTE, Wi-Fi and Bluetooth connectivity, and 128GB of built-in storage with microSD card slot. For Project Tango's 3D computer vision tech, the tablet features two cameras along with a depth sensor.

Project Tango is run by Google's Advanced Technology and Projects (ATAP) division. The development kits can be used to make "apps" that track full 3D motion and recognize surfaces of things nearby, according to Google.