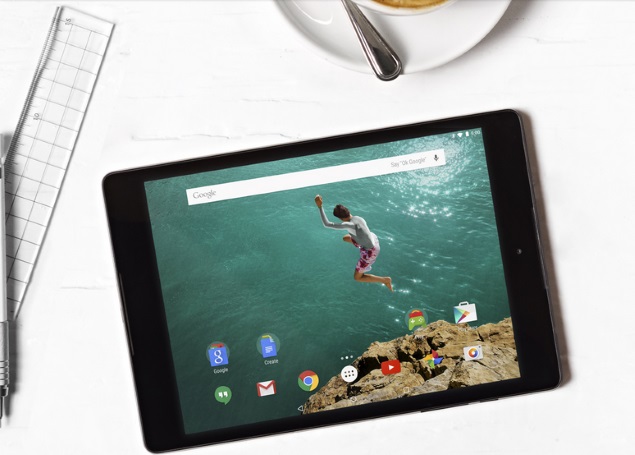 Google's latest Nexus-series tablet, manufactured by HTC, the Nexus 9, has finally gone on sale in India, priced at Rs. 28,900.

Launched exclusively on Amazon India, the Google Nexus 9 16GB Wi-Fi only variant is currently on sale and is available starting Thursday in Indigo Black colour.

Amazon.in on its homepage touts that the Nexus 9 tablet is its exclusive product; though there have been no official announcement regarding the same from Google. The Nexus 6 though, was launched in a similar way exclusively on Flipkart under Motorola's partnership with the retailer.

Amazon India is offering a gift card of worth Rs. 2,000 for shopping on its e-commerce website with every purchase of Nexus 9 tablet.

Notably, the online retailer currently lists just the Wi-Fi only Nexus 9 variant with no word on availability of the 32GB cellular variant.

The Google Nexus 9 tablet back in October first made an appearance on the Google Play in India. Unfortunately, the tablet is still listed as 'Coming Soon' in the Devices section of the Google Play. The Nexus 9 has been priced at Rs. 28,900 for the 16GB Wi-Fi only variant, while the 32GB cellular variant is priced at Rs. 44,900. The 32GB Wi-Fi only variant is listed as unavailable.

To refresh, the HTC Nexus 9 tablet along with the Google Nexus 6 (Review | Pictures) smartphone is the platform lead of Google's next generation mobile operating system dubbed Android 5.0 Lollipop. Google has touted Android Lollipop as the company's "sweetest release yet."

Google Nexus 9 features an 8.9-inch IPS LCD display with QXGA (2048x1536 pixels) resolution and Gorilla Glass 3 protection. It is powered by a 64-bit Nvidia Tegra K1 processor coupled with Kepler GPU and 2GB of RAM. It sports an 8-megapixel rear autofocus camera with f/2.4 aperture and LED flash. There is a 1.6-megapixel front camera as well. Backing the device is a 6700mAh battery rated to deliver up to 9.5 hours of browsing time; video playback time of up to 9.5 hours, and a standby time of 30 days for the Wi-Fi model. Connectivity options include 3.5mm audio jack, Micro-USB, GPS, Wi-Fi, NFC, and Bluetooth.