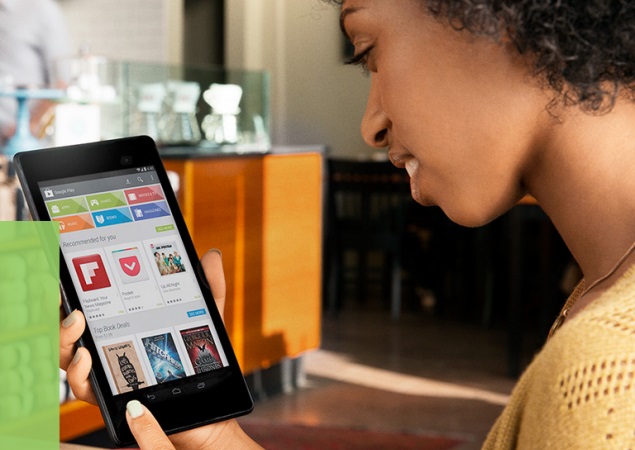 Google might launch a new Nexus tablet (thought to be dubbed Nexus 8) with an 8-inch display by mid-2014, reveals a new report.

Digitimes, citing sources from the upstream supply chain, has claimed that the Mountain View giant might unveil the 'Google Nexus 8' tablet by the middle of this year.

The report also suggests that Samsung, LG and Lenovo are unlikely to take the lead against Asus, as the Taiwanese manufacturer has made close relationships with Google and reportedly has advantages in product design and component purchasing.

Lastly, the report claims that more details about the alleged Nexus 8 tablet are expected to be out by February-end.

We first heard about the rumoured Nexus 8 tablets in November last year. Google purportedly leaked the unnamed Nexus tablet in a promotional image of Android 4.4 KitKat. The unnamed tablet, which was thought to be the Nexus 8, looked a bit bigger than the current Nexus 7 tablets but was very small when compared to the Nexus 10 tablet, which suggested that the search engine giant might be gearing up to launch a Nexus tablet with 8-inch display to directly compete against Apple's iPad mini.

Google further fuelled the speculation in November, when it seemed the Nexus 8 tablet was accidentally revealed in Android 4.4 KitKat promotional material seen on the new Android website, by changing the image to a Nexus 7 tablet overnight.