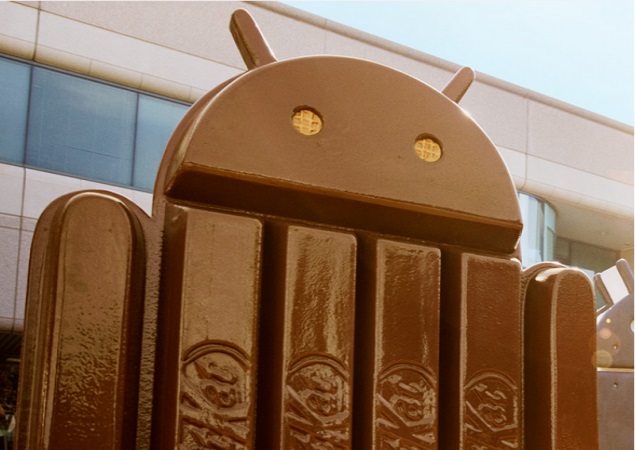 After almost two weeks from the 'release' of the operating system, Google has officially announced the rollout of Android 4.4 KitKat for its Nexus 7 and Nexus 10 tablets, available OTA (over-the-air).

The search engine giant confirmed the news via Android's Twitter and Google Plus accounts. The announcement post reads, "Starting today, Nexus 7 (2012 and 2013) and Nexus 10 will be getting a tasty update to Android 4.4, KitKat. Stay tuned, Nexus 4 and Nexus 7 versions with mobile data will be getting the update soon!"

Unfortunately, the latest incremental Kitkat update will be limited to only the Wi-Fi models of Nexus 7 (2012 and 2013) and Nexus 10 (2012) tablets. As per Google, both the 3G models of the Nexus 7 will have to wait a little more for the update. The Nexus 4 smartphone has also been left out of the update as well, but should get the Android 4.4 KitKat update soon. Google has not specified an exact date for the update for 3G-enabled Nexus 7 tablets and Nexus 4 in the post however.

Stay tuned, Nexus 4 and Nexus 7 versions with mobile data will be getting the update soon! http://t.co/TTRzORl4js

The Android KitKat iteration brings some new features such as a new translucent menu bar, which is located at the bottom of the screen; new dialler and caller ID; unified Hangouts messaging app; smarter Google Now integration; step counter and detector, support for two new composite sensors, and support for screen recording.