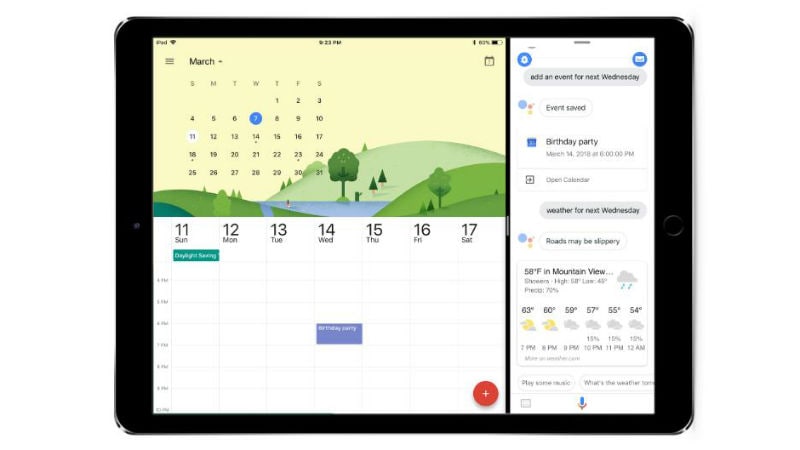 While the earlier version of Google Assistant on iOS was available only in English, Google says in a blog post that the new version will be available in other languages including French, German, Italian, Japanese, Portuguese (Brazil), and Spanish. Also, the iPad version of the Assistant also supports iOS 11's multitasking mode, which allows it to run side-by-side with other apps on Apple's tablet. With the Assistant on iPad, Google says, users can "set the mood" in your home, cast to your TV, make calls or send texts, set reminders, and more.

With growing popularity of smart speakers such as Apple HomePod, Amazon Echo, and Google Home, companies have been trying to make their voice assistants reach a wider set of mobile devices. It has become more important for apps like Google Assistant, Amazon Alexa, and Microsoft Cortana to support multi-platforms, apart from their own hardware. For instance, Amazon has just announced its Alexa app for tablets, including iPad.

It is true that Google Assistant will not be as accessible on the iPad when compared with Siri, as the later can be activated with a press of a button or just by saying "Hey Siri". However, for users who like the Google Assistant over Apple's Siri, the launch on iPad will be a welcome move.

It is worth noting that Google recently announced several new features to make its voice-enabled assistant more flexible. Notably, the Google Assistant is currently available on the App Store.

YouTube for iOS Gets 'Dark Theme', Android to Add It Soon