Dell Venue 7 and Venue 8 tablets with Android 4.2 launched in India 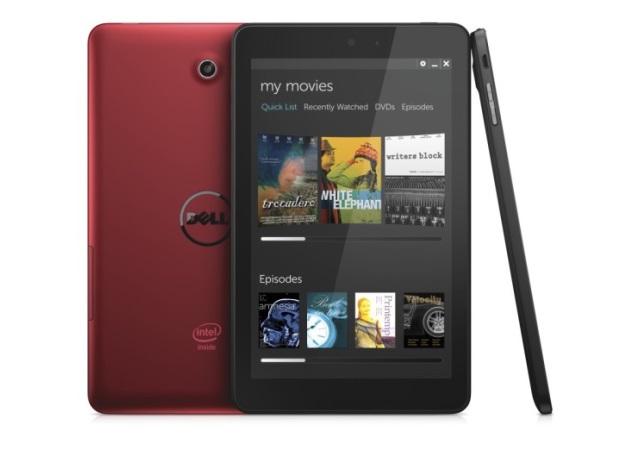 Dell's two recently unveiled Android- powered tablets, the Venue 7 and Venue 8, have been launched for the Indian market. Dell Venue 7 and Venue 8 tablet are priced at Rs. 10,999 and Rs. 17,499 respectively, and are available through the firm's online store.

Some of the features which are shared by both the tablets are the 2GHz dual-core Intel Atom Z2760 (Clover Trail) processor, IPS Display with HD (WXGA 1280 x 800) resolution, Intel HD Graphics, 2GB of DDR2 RAM, Wi-Fi, Bluetooth 4.0 and an integrated 4100mAh 1-Cell Battery. Both tablets are available in only Black colour variant.

The tablets run on Android 4.2 Jelly Bean and are expected to receive the latest Android 4.4 Kitkat OS update, as announced by the firm when the tablets were introduced back in October 2013 in the US market. The company at time had announced Android 4.3 preloaded at launch.

As the name suggests, the Dell Venue 7 features a 7-inch screen size. The camera options of the tablet includes a 3 megapixel rear camera and a VGA front-facing webcam for video chats. A 16GB of inbuilt storage and can be further expanded up to 32GB via microSD card. The 7-incher is 9.5mm thick, 118mm wide and 193mm long, apart from weighing as low as 350grams. The tablet also supports options for integrated 3G or 4G LTE connectivity.

The Dell Venue 8 tablet sports an 8-inch screen size. The tablet comes in two storage variants - 16GB and 32GB, which can further support up to 32GB of storage via microSD. Unlike the Venue 7, the Venue 8 features a 5 megapixel rear camera and a 2 megapixel front-facing camera. Surprisingly, being the bigger tablet, Venue 8 misses out on optional 4G LTE connectivity. Dell Venue 8 is 9.5mm thick, 130mm wide and 212mm long weighing 350 grams.