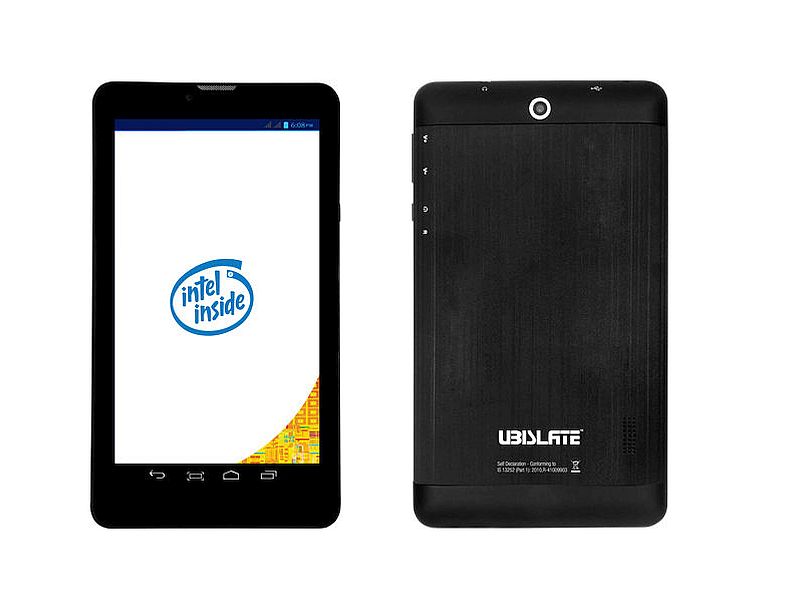 Datawind has launched a new voice-calling tablet, the Ubislate i3G7, in India. The Datawind Ubislate i3G7 is now available to buy at a discounted price of Rs. 4,444, with an MRP of Rs. 5,999.

The biggest highlight of the new Datawind Ubislate i3G7 is it comes with free Internet browsing for 12 months via Reliance networks. Consumers purchasing the new Ubislate i3G7 tablet will have to tap on the UbiSurfer Internet browser app on the device and fill up the registration form to get free Internet browsing for 12 months. The company says users won't require any data plan or no monthly fees for browsing Internet.The first year of free unlimited Internet browsing via the UbiSurfer browser does not include audio/ video streaming or local-downloads. Datawind says users will have to purchase separate top-up plans for this. The tablet also packs an Intel SoC under the hood, the other highlight of the device.

The Datawind Ubislate i3G7 features 1.2GHz quad-core Intel processor clubbed with 1GB of RAM. It packs 8GB of inbuilt storage and can be expanded up to 32GB via microSD card. The Android 5.1 Lollipop based tablet sports a 2-megapixel rear camera and a 0.3-megapixel front camera. Connectivity features include a Bluetooth, GPS, A-GPS, GPRS/ EDGE, Micro-USB, and 3G. It features a 7-inch TFT display with a screen resolution of 1024x600 pixels. It is only available in Black colour.

Another notable feature of the Datawind Ubislate i3G7 tablet is it features dual-SIM and also comes with voice-calling support. The tablet is backed by a 2800mAh battery which is rated to deliver up to 4 hours of talk time and standby time of up to 120 hours. It measures 188x107x9.8mm and weighs 278 grams.

Disclosure: Gadgets 360 is the retail partner for the Datawind Ubislate i3G7 tablet.