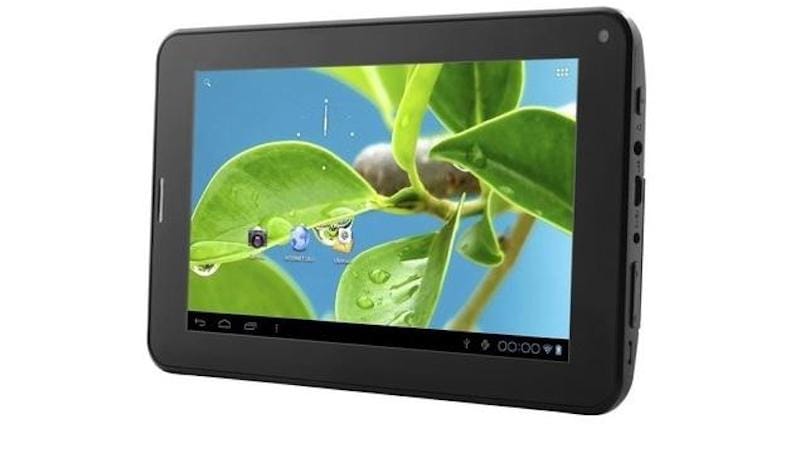 Coming up at GMR Complex of Rajiv Gandhi International Airport at an investment of Rs. 100 crores, the 40,000 sq. ft facility will manufacture 20 lakh tablets and phones in the first year. Its full capacity can reach up to five million units.

Inaugurated by Telangana's Information Technology Minister K.T. Rama Rao and Canada's High Commissioner Nadir Patel, the plant employs 600 people and will increase the headcount to 1,000 by March next year.

This is the Canadian company's second facility in India after Amritsar, which, according to Datawind, is the country's first and only manufacturing facility for touch panels. It manufactures more than one lakh units per month.

Suneet Singh Tuli, CEO of Datawind, said the company had positioned as India's largest tablet manufacturer for the last many quarters.

"We are coming out with full range of products including tabs, mini laptops, smart phones. The unit has been functional for the last few months and shipped 2.5 lakh units," he said.

Suneet claimed that Datawind leads the tablet market with a 37 percent share.

Smartphones is a new segment for the company. "We have capacity for producing 50 lakh phones. We are focussing on low-cost devices in the Rs. 1,500 to 5,000 range and help bring down the cost of phones in the market."

He said the company was looking to set up a production unit in eastern India.

"We have applied for licence for Telecom operations and VNO. VNO will be a big focus of ours, will probably invest Rs. 70-80 crores. As part of this we will have our own sims and offer Rs. 20 unlimited browsing plan by next year. Under VNO we don't buy spectrum, don't have towers, but will be partnering with an operator and offer our own sims," he added.

(Also see: What is a MVNO aka Mobile Virtual Network Operator?)

Rama Rao said the government created a mobile manufacturing ecosystem in the state and in six to seven months three major manufacturers Micromax, Celcon, and Datawind have set up their units here.

He revealed that European TV manufacturer Thompson is venturing into Telangana in tandem with a local company.

According to the minister, Telangana is offering and an attractive investment opportunity for Canadian companies.

More than 40 Canadian entities have their presence in Telangana. He also sought help of the high commissioner to start Air Canada flights to Hyderabad.

Datawind's is a prime example of Canadian companies investing in India for its betterment, and reflects the best of Canadian values.

We look forward to continue strengthening our partnership going forward as India strives to achieve its Make in India objectives," said the Canadian high commissioner.

Pokemon Sun and Pokemon Moon Now Available in Japan, US, and Australia
Nokia’s Android Phones Could Debut in February After 2017 'Return to Smartphones' Confirmed