Croma and Intel Launch Windows 8.1 Tablet and 2-in-1 Hybrid in India 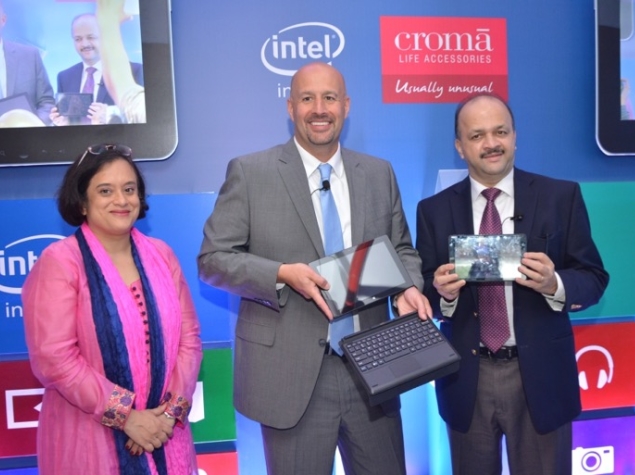 Croma, a consumer electronics retail store, in partnership with Intel India on Thursday launched two Windows 8.1-powered devices in India, the Croma 1179 tablet and the Croma 1177 2-in-1 hybrid tablet with a detachable keyboard, priced at Rs. 13,990 and Rs. 21,990 respectively. Both the devices are powered by the same quad-core Intel Atom Z3735D 'Bay Trail-T' processor.

The Croma 1179 tablet features an 8-inch (1280x800 pixels) display with a pixel density of 160ppi. Croma mentions a clock speed of 1.33GHz for the Atom Z3735D SoC onboard, meaning the company has not underclocked it. It also features 2GB of RAM. The Croma 1179 features a 2-megapixel rear camera without flash, while there is another 2-megapixel camera on the front for video chatting. The Croma 1179 Tablet comes with 32GB of built-in storage, which can be further expanded with the help of a microSD card (maximum capacity unspecified). It packs a massive 5000mAh lithium polymer battery. 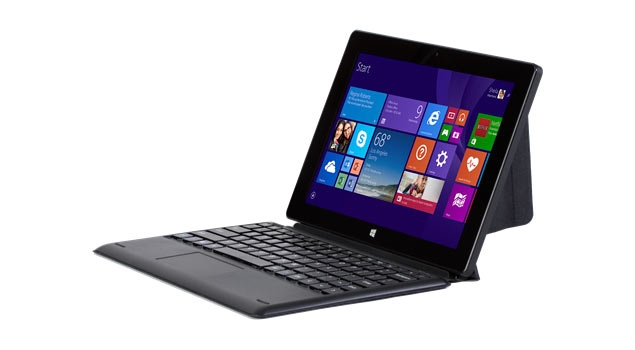 On the other hand, the Croma 1177 2-in-1 hybrid tablet features a 10.1-inch (unknown resolution) display with a full-size detachable keyboard. While the processor is the same Atom Z3735D SoC offering, Croma has not supplied a clock speed in this case. The Croma 1177 also sports a 2-megapixel rear and front camera just like the tablet. Connectivity-wise, the Croma 1179 features 3G (via SIM card slot) and Wi-Fi connectivity.

"The new Croma tablet and 2 in 1 are a combination of amazing features, graphics, top performance supported with good battery life packed into a sleek device, a real owners' pride. We are confident our customers will appreciate the value packed in the Croma tablet and 2 in1s. Intel has always been a great partner to work with and we are happy to launch the newest Croma devices with them," said Ajit Joshi, CEO & MD Infiniti Retail.