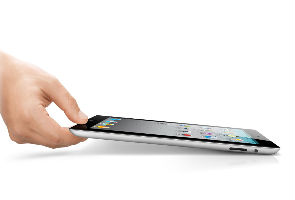 Highlights
A teenager in China's Anhui province has sold his right kidney to buy an iPad 2. His mother, who knew nothing of his plans, now hopes to hunt down the criminals who disabled him, a media report said.

Seventeen-year-old Xiao Zheng had been dreaming of a new iPad 2 for a while, but the price was beyond his means.

Zheng found an agent ready to buy his kidney and travelled to Hunan province in central China to undergo surgery in a local hospital. With the 22,000 yuan ($3,900) he was paid, Zheng bought a new iPad 2 and iPhone and then returned home, according to a report on the Dongfang TV channel Thursday.

"Xiao Zheng returned home with a computer and a new Apple phone. We do not have the money for such expensive gadgets. At first, he did not want to tell me where he got that much money from. Later he confessed he had sold his right kidney to buy these things," his mother told the channel.

After she learned the truth, Zheng's mother travelled with her son back to the hospital, only to discover that the operating theater had been rented out for commercial use to a businessman from Fujian province. Several attempts to reach the agents failed, as their phones were switched off.

Zheng's health is deteriorating day by day, and his mother said she hopes she will be able to find the criminals who disabled her son.