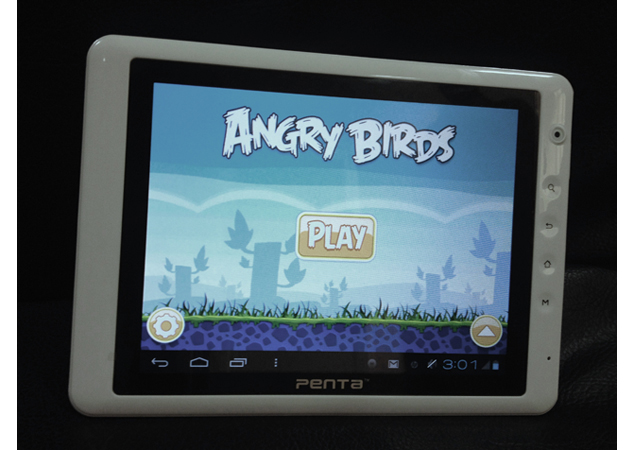 It seems to be a season of budget tablets and the latest to join the fray is BSNL's Penta T-Pad WS802C. It is an 8-inch tablet that the company has launched in collaboration with Pantel Technologies .

This tablet was first announced in February 2012 along with two other affordable tablets, but it will be now hitting the shelves and can be yours to keep for Rs. 14,699. BSNL is also offering a few bundled data offers for this tablet.

Penta T-Pad WS802C runs on Android Ice Cream Sandwich, Cortex A8 1GHz processor, 512 MB RAM and in built memory of 4GB, which can be expanded up to 32 GB. This tablet also has an in-built 3G SIM slot and WiFi option.

Vijender Singh, Managing Director, Pantel Technologies said, "Penta Tablet with BSNL bundled data packages have performed incredibly well and the credit for the overwhelming customer response goes to the breakthrough features & plans bundled with the tablets. We at Pantel are the pioneers in introducing an 8 inch tablet with 3G SIM slot which have been endorsed by technology geeks as well as students among others. Our Tablets allow users to enjoy the power of internet while at the same time use it as a personal entertainment device."

BSNL had launched an affordable tablet just last week, Penta T-Pad IS701C. This too was powered by Android 4.0 and retailing in the market for Rs. 4,999. The key specs of this tablet are seven-inch display, 512MB RAM, 4GB of internal storage, and Wi-Fi connectivity with 3G USB dongle support. It also comes with host USB 2.0 port, micro USB port and a 0.3 MP front camera.