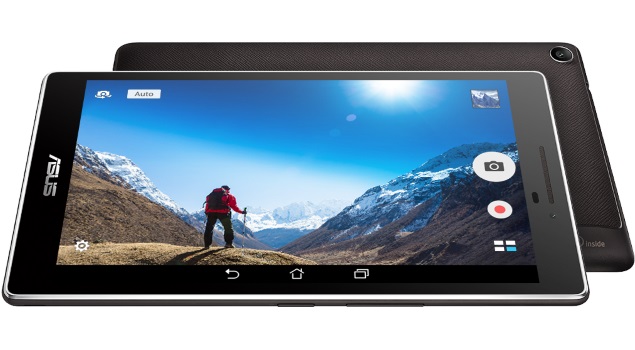 Asus on Thursday at its ZenFestival event in New Delhi expanded its tablet portfolio in India with the launch of the ZenPad 7.0 and ZenPad 8.0. The company also launched four new smartphones in India - the ZenFone Selfie, the ZenFone 2 Laser, the ZenFone 2 Deluxe, and ZenFone Max.

The Taiwanese company priced its Asus ZenPad 7.0 (Z370CG) (see above) starting at Rs. 11,999 and the tablet will also be available with a bundled Audio Cover at Rs. 14,999. The Asus ZenPad 8.0 (Z380KL) is priced starting at Rs. 14,999 and with an Audio Cover at Rs. 17,999. Asus India as of now has not revealed availability details of both the tablets in the country. Both these tablets were showcased at Computex 2015 trade show this year. Both the tablets support voice-calling. Asus also says Wi-Fi only models will be made available to buy, but not revealed pricing details.

The company touts that both the tablets integrate DTS-HD Premium Sound technology, which the company claims is a highlight of both the devices. Asus also notes that both the ZenPad 7.0 and ZenPad 8.0 (see below) tablets feature an interchangeable cover design that lets users customise with functional back covers, including the Zen Clutch carrying and protection case; the Zen Case which features a leather texture and choice of five colours; the Audio Cover for 5.1-channel surround sound, and the Power Case, which extends the battery life to up to 15 hours. 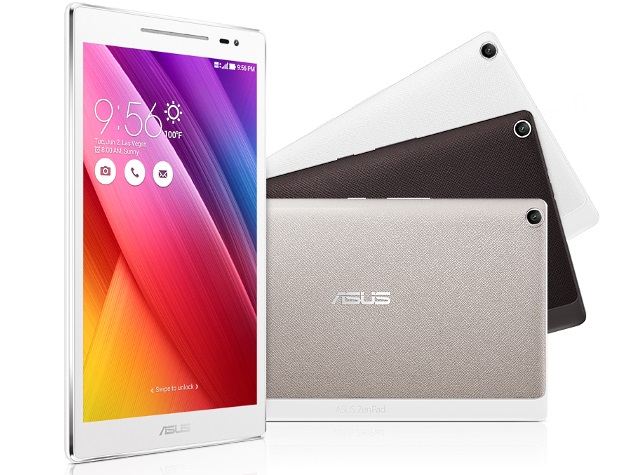 The Asus ZenPad 7.0 (Z370CG) features a 7-inch (1280x800 pixels) HD display with Corning Gorilla Glass for protection. It is powered by a 64-bit quad-core Intel Atom x3-C3230 processor coupled with a choice of 1GB or 2GB of RAM. It comes with 8GB or 16GB of built-in storage that's expandable via microSD card (up to 128GB). The company is likely to announce the prices of its different SKUs of the ZenPad 7.0 at market availability. The 1GB RAM variant of the ZenPad 7.0 tablet will sport a 5-megapixel rear and 0.3-megapixel front camera while the 2GB RAM model will pack an 8-megapixel rear and 2-megapixel front camera. The Android 5.0 Lollipop-based tablet runs Zen UI on top. The ZenPad 7.0 (Z370CG) supports Wi-Fi 802.11 b/g/n, Bluetooth 4.0, and Micro-USB connectivity options. The tablet also comes with Micro-SIM and support GPRS/ EDGE and 3G via SIM.

For battery life, Asus claims that the ZenPad 7.0 can deliver up to 8 hours battery life and comes with 13Wh Li-polymer battery. Available in Black, White, and Aurora Metallic colours, it measures 189x110.9x8.7mm, and weighs 272 grams.